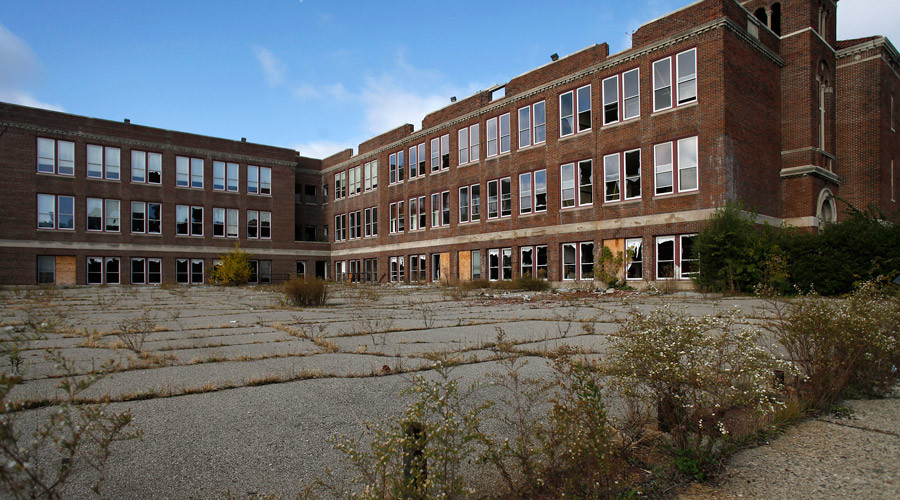 Detroit’s public schools are bleeding money so fast that within a month they simply won’t have the cash needed to meet payroll, the district’s emergency manager warned lawmakers Wednesday.

To save itself, the district is begging Michigan lawmakers to bail it out to the tune of $715 million.

The request was made by Detroit Public Schools’ (DPS) new emergency manager Steven Rhodes, who took over at the start of March after the previous emergency manager resigned. Appearing before the Michigan House Appropriations Committee, the former bankruptcy judge said only an immediate infusion of money is likely to keep the district’s coffers from running dry by April 8.

While Michigan’s Republican legislature is hardly ideologically friendly to bailing out teachers, they may not have much of a choice. If DPS becomes unable to pay teachers, its schools will simply be shut down with two months of school left, while 46,000 students will be told to stay home indefinitely. Low-income students would also lose access to the free meals the school district offers. Such an outcome, Rhodes said, was simply “not an acceptable solution.”

And if the legislature says no?

“There is no plan B, because we can’t print money,” Rhodes said, according to The Detroit News. Borrowing money is impractical as well because the district’s finances are so far-gone that it could only obtain financing at outrageously high rates it would be in no position to pay back. Even getting a two-month loan to finish out the year is likely unfeasible, Rhodes said.

“There’s a problem with loans — they have to be paid back,” he said.

Many school districts around the country are in varying levels of crisis, but Detroit may be the worst of the bunch. Besides being unable to pay its bills (it has a deficit over over $200 million), DPS also performs horribly academically. Among major American cities, its students score the worst in both reading and math on standardized tests. The schools themselves are run down as well, with mold, vermin and structural decay all routine sights. In a desperate protest effort, hundreds of Detroit teachers participated in “sick-outs” in January where they forced schools to close by taking sick days en masse.

Republican lawmakers and Gov. Rick Snyder have been considering several bills they hope would be able to put DPS on the road to long-term financial health. One package of bills, for instance, would split DPS in two, isolating DPS’s massive debt in the old district while placing the city’s schools into the new district, in an effort to create a blank slate. The new district would also have a state-appointed school board (instead of an elected one) for eight years, and would be subject to collective-bargaining restrictions intended to limit teacher compensation.

A competing package of bills would also split DPS, but would only give the district enough money to finish the school year and carry out the split instead of also helping with its massive existing debt.

The Harry Potter Universe Is Racist Now Too