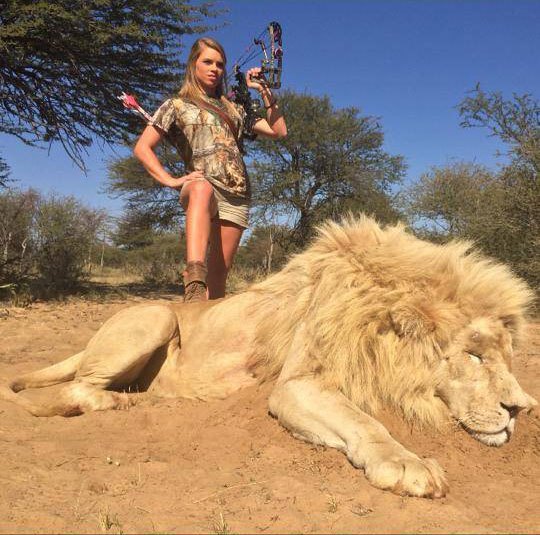 Virginia Democrat Mike Dickinson is offering a huge reward for anyone who can send him nude photographs of Kendall Jones, the hunter/cheerleader from Texas who is causing so much fuss over her exotic big game hunts.

“I have 100k to anyone who has nude photos or videos of #kendalljones at Texas tech (sic),”  Dickinson tweeted. “She deserves to be a target. 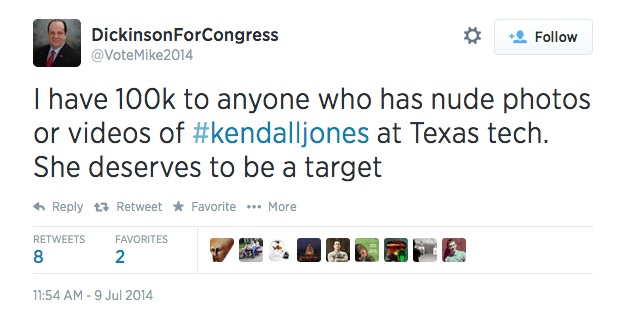 Dickinson is the declared candidate for the seat to replace Eric Cantor in Virginia’s 7th district, although at the moment he is not on the ballot. Someone tweeted that they hoped he would be arrested, to which Dickinson replied: 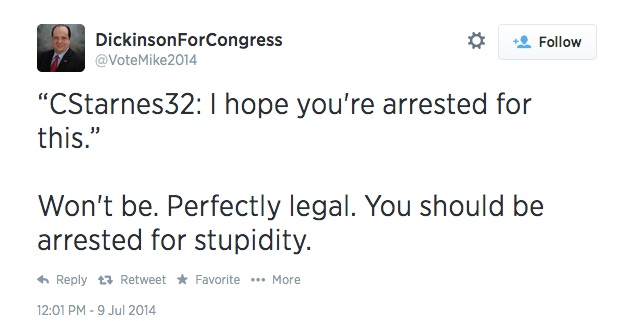 Here are some of the other highlights from this model of morality: “If #KendallJones is old enough to be in college&kill elephants/giraffes/rhinos she’s old enough to be a target (sic),” he’s said. “100k to anyone w nude photos (sic).”

“I’m sure she’s sent a nude selfie to some random guy out there who’s just waiting to expose her,” he’s also said. “She kills animals on tape for kicks, we expose her for kicks.” 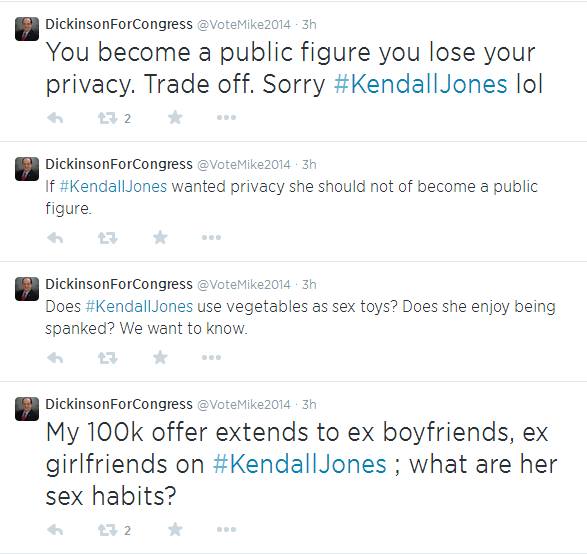 This is the same guy who says that Fox News lies was caught lying while…. appearing on Fox News.

The Libertarian Republic hosted a podcast about the controversial Texas teen here: