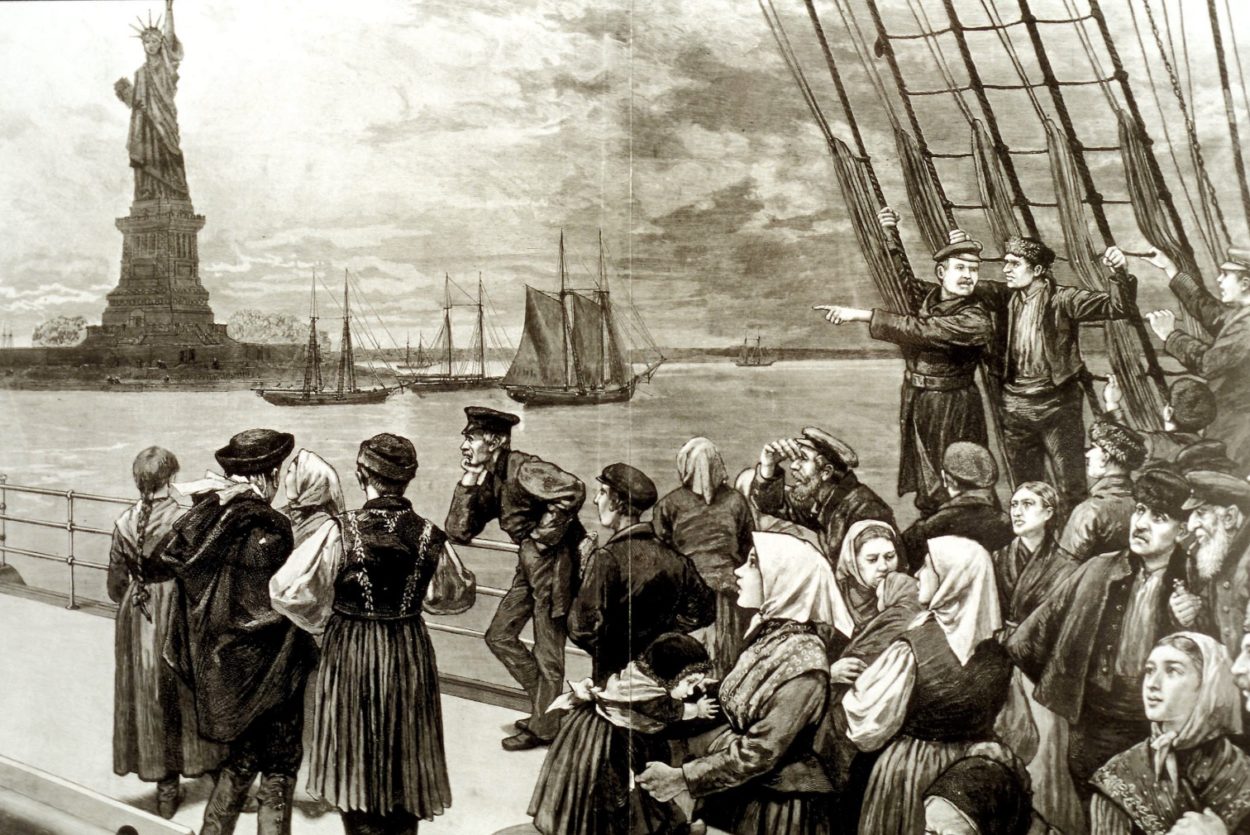 The following debate was held at Arizona State University on November 19th, 2019. It featured myself, and Brandon Tatum debating the issues of immigration, the war on drugs, and foreign policy. I have included my opening statement below the video.

Thank you to Turning Point USA as well as Turning Point at Arizona State University for hosting this debate, and thank you to Brandon Tatum for joining me here for this important discussion on our shared American experience.

For decades the enemies of the West have been predicting the demise of Western Civilization. They look at the American experiment in classical liberalism and see chaos and disorder. They see our republic, of, by, and for the people, and say things such as, the atheist west is doomed, or the capitalist west will destroy itself, or that the west is immutably racist… and we should expect that from those who wish us to fail.

But in recent decades, these criticisms have no longer solely been purveyed by the leaders of our opposition. No, these criticisms are more likely to be heard coming from those who claim to be advocates of Western Civilization. Now they are the ones who are predicting our demise, and indeed now seem to be wishing for us to fail because the freedoms we enjoy involve people engaging in behaviors they deem to not be virtuous, or to put it another way… degenerate.

Like Robespierre, they look at our uncontrollable, wildly individualistic society, and declare they wish to purge the western world of vice, and sin… and immigrants.

But I disagree with these premises, and will argue tonight that Westernization is inevitable, provided that we exemplify the values that we were founded on, one of them mainly being free immigration. That was the policy the United States practiced until 1920 with some exceptions, one being the Chinese Exclusion Act, and the massive forced importation and servitude of African labor until 1865.

I would argue that the values which immigration restrictionists under the current Republican establishment would have us believe are American values are anything but.

Consider America’s first true experiment with Anarcho-capitalism, the wild west. Rather than a chaotic life of exploitation by robber barons, or constant violence like a scene out of Red Dead Redemption, life in the United States during the Gilded Age was one of property rights, gold, and personal liberation under a market system. It was where women became property owners, homesteading and expansionism thrived alongside industrialization. And during this time, we thrived, in part due to our first mass influx of immigration.

During the Gilded Age, approximately 20 million immigrants came to the United States. Some of them were prosperous farmers. Many were poor, unskilled peasants looking for the American Dream. To accommodate the heavy influx, the federal government in 1892 opened a reception center at Ellis Island. And it is that Ellis Island policy which I have advocated for, and still advocate for to this day. Security check, disease check, done.

The Center for Global Development’s Michael Clemens has estimated that if everyone could take a job anywhere they wanted, our $75 trillion global world product would experience an instant boost of 50 to 150 percent annually. Even if you discount Clemens by 50 percent, we are still talking of $17 trillion, or the size of U.S. economy, added to the world every year.

Immigrants and their children were responsible for founding 46 percent of all the Fortune 500 companies in America in 2017. A quarter of all startups have been started by immigrants.

But not only is free immigration an economic benefit to the United States, but it’s a cultural benefit as well. Between 2000 and 2017, immigrants won nearly 40 percent of the American Nobel Prizes.

So what’s stopping us from returning to the American experiment in classical liberalism?

Fear, and ignorance. Fear of the competition from a market economy. And ignorance as to the benefits of free trade and free immigration.

After he became president, on the Fourth of July, 1864, Lincoln signed into law a bill titled An Act to Encourage Immigration. So maybe before Republicans can Make America Great Again, maybe we should focus on making Republicans Lincolnesque Again?

Thank you. I welcome the debate.

The US Finally Defends Liberty in Hong Kong