With the recent release of What Happened?, Hillary Clinton’s post-mortem of her election loss, we learned that Hillary offers no absolution to women who did not vote for her. She accused women who did not support her of being brainwashed by their men, weak mental midgets without the courage to cast a vote for a woman—even when they were all alone in a voting booth with no one watching them. What crap.

And now we have Michelle Obama, piling on against women who didn’t vote for Hillary. “Any woman who voted against Hillary Clinton voted against their own voice,” she told a Boston audience.

It is an extraordinary display of arrogance for these former First Ladies to claim that they have a monopoly on what constitutes the right values for women. And while their cohort of admirers cheers them on, proudly displaying their disdain for the women who broke with the pack, there is something very familiar about this.

Ah, think back, maybe to high school—or even grade school. Remember the popular girls—rich, smug, and often cruel. Anyone who didn’t clamor for them, hang on their every word, follow their fashions, and agree to their edicts about who was cool and who was in the out-crowd, they would be targeted for humiliation. And that is exactly what Clinton and Obama are doing now—attempting to humiliate other women.

There’s a word for this. It’s called bullying.

Your past exhortations of sisterhood with the women of America have been revealed to be insincere and calculating. The women of America made their own decisions about whom they believed to be the best candidate for them and their families, whether you agree with them or not.

So please stop bullying your sisters, Mrs. Obama. You’re setting a bad example for your daughters. 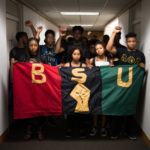 The Media Narrative Trump Is Failing Puerto Rico Is Bogus