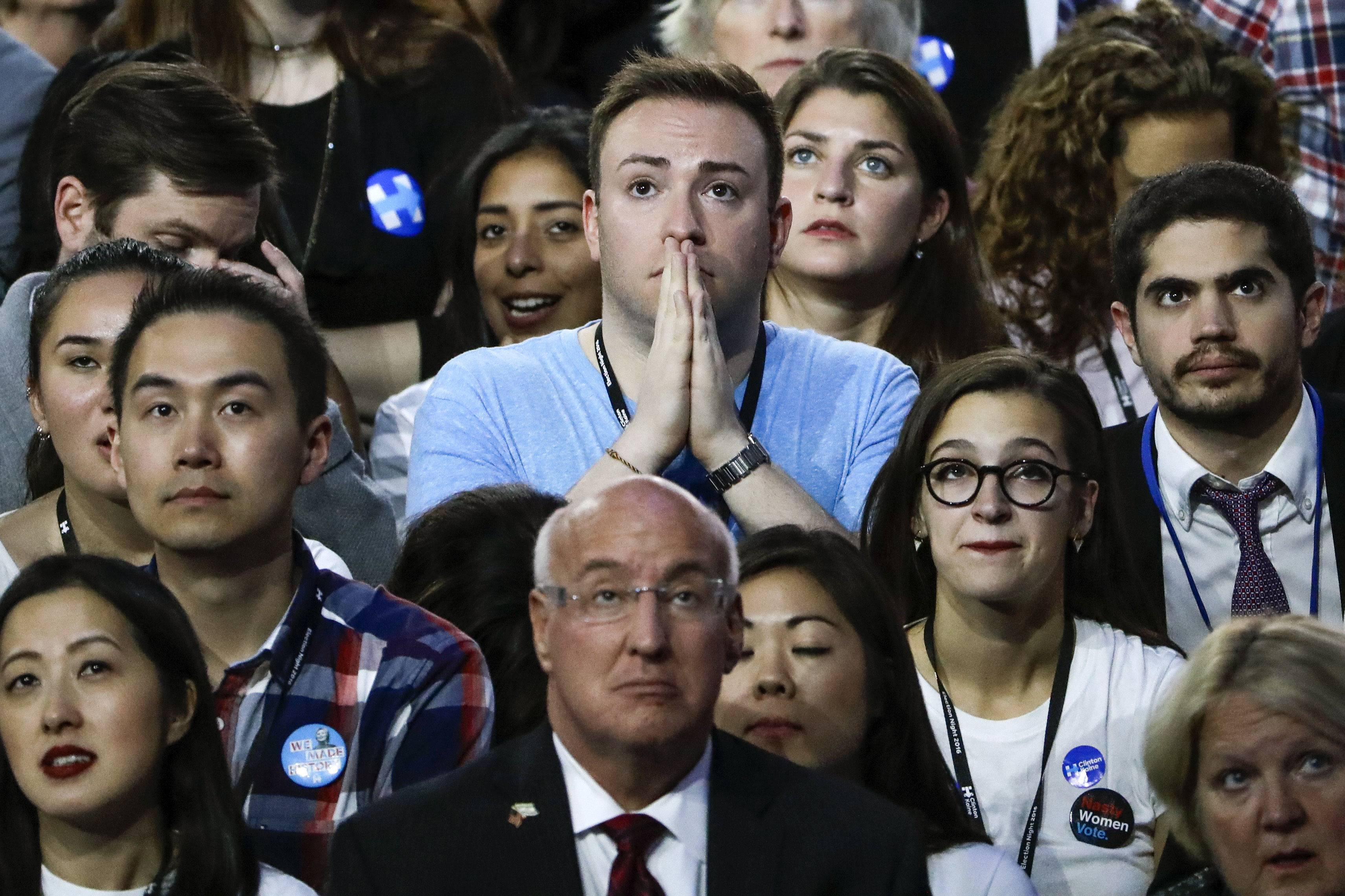 Alright, my liberal friends… It’s time you and I had a heart to heart.

You want to know why you lost an otherwise guaranteed election? Well, I’ll tell you, but you’re not going to like it.

In any normal election year, the Democratic candidate would have trounced Trump. He was literally the worst candidate on record. The problem was, the Democrats ran one of the most corrupt candidates in history. Had this been an election between Sanders and someone like Rand Paul, I truly believe we would have seen much more turnout on both sides. But people stayed home as a means to voice their displeasure with the candidates. Trump won largely due to the fact that he was considered by many to be an “outsider.”

The fact that 50% of voters stayed home cannot be ignored. Blame has been cast on people voting for third-parties and those “racists” and “bigots,” when the reality is that the Democrats simply had to run a better candidate. Had it been Sanders, O’Malley, or maybe even Jim Webb, they would have beaten Trump.

And I know people want to hate on the Electoral College, but it’s important to analyze how Trump won it. He was able to win over voters in crucial states that are Democratic strongholds. The fact he was able to win Wisconsin, Michigan, and Pennsylvania (not necessarily a Democrat stronghold, but significant nonetheless) is quite telling. There are millions of disaffected, blue-collar workers in those Rust Belt states that Trump was able to win over, and ignoring that and their issues they brought to the ballot box is a surefire way to keep losing.

There are those who argue that Trump won on white supremacy; that he somehow convinced white men and white women that things aren’t great anymore; and that his voters want to go back to a magical time, a time never explicated, but a time most likely back when Jim Crow was still in place and white people had it easier; that white people have lost some of their privilege and they think they’ve lost their rights. To that, I say:

People were tired with being labeled as something they were not. There is no doubt that there were those Trump supporters who were in fact racist. But to assume that those racist Trump voters were the cause of his victory is entirely misguided and only adds to the divisiveness that helped fuel a Trump victory.

And I say this in all sincerity, but instead of trying to label people who voted for Trump, I recommend trying to figure out how to pull in the 50%+ of voters who didn’t even bother to cast a ballot in this election. It’s the Democrats’ fault they nominated such a flawed candidate. And it’s the liberal sense of superiority that pushed so many potential voters away.

Being a conservative/libertarian/Republican often comes with the labeling of “racism” or “bigotry.” So many on the right hide their beliefs for fear of being publicly shamed by those on the left. But when they get into the voting booth, guess what? It’s them and their vote. They don’t have to worry about the pubic shaming for their beliefs or support of a particular candidate. And that is a major reason we have a Trump presidency. People are tired of the shaming and talking down. If you want to win elections, you bring people together. And the reality is that a large reason the Democrats lost is because over the past decade, they have been dividing people based on ideology and shaming those who don’t follow their beliefs out of some moral superiority.

So what happens? Well, if this election hasn’t shown it clearly, I don’t know what will: people either keep their views silent and then cast their ballots in the privacy of the voting booth or they simply stay home. And guess what? Both of those happened this election. And the left’s inability to concede that they messed up in some way is the exact reason they lost the election. It’s not about racism. It’s not about bigotry. It’s about the smugness of the typical American liberal in their sense of some moral superiority.

And let’s be honest: using those anecdotal instances of racism to generalize an entire group of people is just as damaging as those on the right using moments of radical Islamic terrorism to define all Muslims.

Some Trump voters had racist undertones, but many did not. That’s a part of the problem in labeling a group based on the beliefs of a few. No, I don’t think all Muslims are terrorists nor are all Democrats socialists. But to ignore that there are some Muslims who are terrorists and some Democrats who strive for socialism is also intellectually dishonest.

If anything, I pray that this post serves as a wake-up call to my liberal friends. If you want to see “progress,” it starts with a non-biased approach to solutions, including not labeling those you disagree with.

Good luck, my liberal friends.  These next four years are going to be interesting.