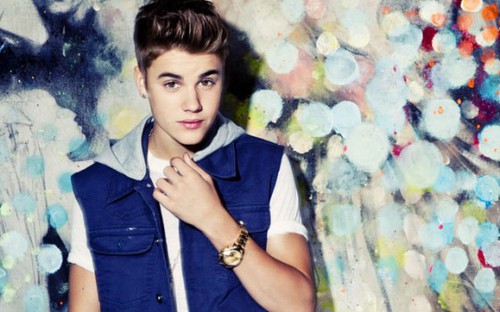 TMZ is reporting that GPS records from Justin Bieber’s rented Lamborghini  show that there was no evidence of any drag racing, contrary to police reports. Miami beach cops claimed that they noticed Bieber drag racing, which was the pretext for stopping and arresting him, saying that he was going between 55 and 60 miles per hour. But thanks to the GPS device in the car, that now appears to be false and it could derail the entire case against the singer.

With documents obtained by TMZ, GPS records show that at 4:07 a.m. Bieber left the club at a speed of 44 MPH, then two minutes later the readout registered at 27 MPH. Cops claimed that they noticed the drag race on the 2600 block of Pine Tree Drive, Bieber then came to a stop and was arrested on the 4100 block. The 27 MPH block was recorded on the 3700 block, right in the middle of where Bieber was supposed to be drag racing. So Bieber was going 27 mph in an area where the speed limit is 30 MPH.

Bieber was going UNDER the speed limit.

If Bieber had been drag racing, the records from the GPS in the Lambo would have shown a higher speed, but TMZ’s GPS records have shown that the maximum speed reached on Pine Tree Drive was 27 MPH.

Officers claimed that 2 Escalades had stopped on Pine Tree in order to allow the drag race to happen. But TMZ acquired the GPS info from the cars and noted that at 4:06, when the cops say Bieber was drag racing, the Escalades were moving and they didn’t stop until Bieber was pulled over. The cars never stopped to accommodate a drag race as the cops had reported.

This is a big problem for the Miami Beach police department, who as The Libertarian Republic has reported in the past, has major credibility issues. TMZ has had their videos of that night subpoenaed by police and they are reporting that they show no evidence of a drag race.

Justin Bieber has been in the headlines for his poor behavior, and a major petition has been sent to the White House demanding that he be deported. It’s absolutely despicable and outrageous that people in America would be so bigoted against someone because they don’t like his music, or his behavior that they would want him deported. The White House will now have to respond to the petition to deport Bieber because it acquired over 100,000 signatures.

Personally I am f**king disgusted with every single person who signed a petition to deport him, no matter his poor behavior. There was a time in America when the youth got into all sorts of trouble, drinking alcohol at the drive-thru’s, combing their hair into duck tails, dressing like greasers and driving hot rods, and the narrative at the time was the same. The youth of the country was going to hell, and something needed to be done. Well that generation turned out to be just fine, and I’m pretty sure that Bieber will be too. He’s even earned quite a bit of respect from libertarians for refusing to hand over his cell phone password to cops that raided his house over an alleged egg throwing incident.

We all go through our hell raising years, and everyone has to learn from their mistakes. Cops who want to get their names in the papers will take advantage of Justin Bieber’s fame and popularity to try to trump up charges and lie to make their arrest quotas. I sincerely hope that every single despicable person that signed the petition to deport Bieber because of some childish antics will think long and hard about themselves and their place in the world. I also hope that they don’t have kids that get in trouble with the law, or god forbid, get caught smoking pot in a state where it’s not legal yet.

The fact that so many people are out to get Justin Bieber and try to deport him for behaving like so many of us do in our youth is a sad testament to the hatred and unnecessary lust for punishment that is so pervasive in American culture today. Shame on every one who signed that petition and God bless America, hell raising and Justin Bieber.