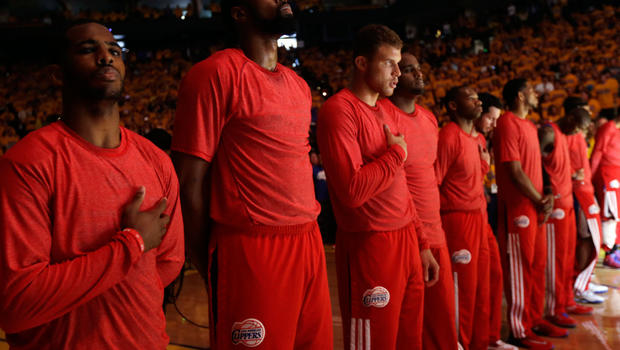 In 2014, Clippers owner Donald Sterling was recorded making racist comments to his girlfriend. As a result, when the Clippers played a playoff game against the Golden State Warriors, they reversed their warm-up jerseys, hiding the Los Angeles Clippers logo. All of the Clippers players also wore black socks and black wristbands. A few days later, Sterling received a lifetime ban from the NBA, fined $2.5 million, and forced to sell the Clippers.