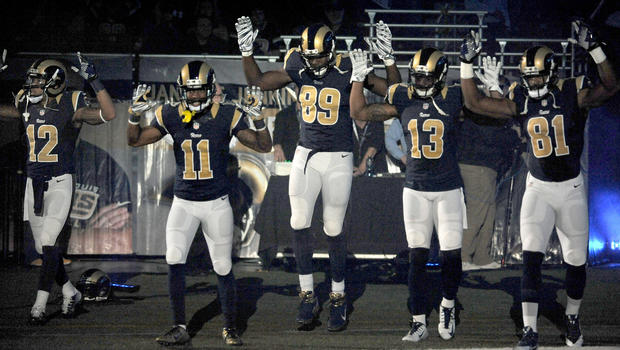 In 2014, following the shooting death of Michael Brown, several St. Louis Rams players raised their hands during their pre-game entrance, mimicking the popular cry of “hands up, don’t shoot.” Though a St. Louis County Police Sergeant suggested that the Rams’ executive Vice President of football operations apologized for the incident, the latter clarified that he supported the rights of the players to engage in such a demonstration, but regretted if any police saw it as disrespectful.