The Libertarian Republic produced a non-scientific poll yesterday, asking our audience their opinion on the question of self-defense in the face of a no-knock raid. The question was posed as to whether or not people should be able to fire at police officers in self-defense if they believe their lives are in danger during a raid. The results were shocking.

After an incident in Killeen, Texas where a police officer was killed after executing a no-knock raid, the TLR community seemed unanimously to agree that people have a right to defend themselves on their own property if they believe their life or their loved one’s lives are in danger. Sadly, one officer was killed and three were injured in that recent raid, and the man who did it is now facing three attempted capital murder charges.

But no-knock raids put citizens in a moral grey area. If you do not know whether the thugs breaking into your home are government or private sector, then how can you be charged with capital murder if you weren’t properly warned that you were being served with an official warrant? The thugs breaking in could just as easily been dangerous criminals as much as police officers.

Certainly the government has the right to issue a search of a private residence if they have legally sought the authority of a judge after acquiring reasonable suspicion that you have committed a crime. But the issuance of no-knock raids, especially in a state like Texas, seems like a bad idea. It places the officers and the public at what seems to be an unnecessary level of risk. Apparently the readers of TLR agree, but side heavily on the right of citizens to be secure in their homes and to be able to defend themselves if they are unable to ascertain the identity of the individuals who are breaking into their home.

Should citizens be able to legally shoot cops in self-defense from no-knock raids?

Voting multiple times from separate IP addresses was blocked. TLR’s audience is not just radical libertarians, but also many mainstream conservatives so this poll result is very surprising considering the law and order attitude from most conservatives. Still, 17 people did vote “no,” that there is “never an excuse to shoot an officer in the line of duty.” 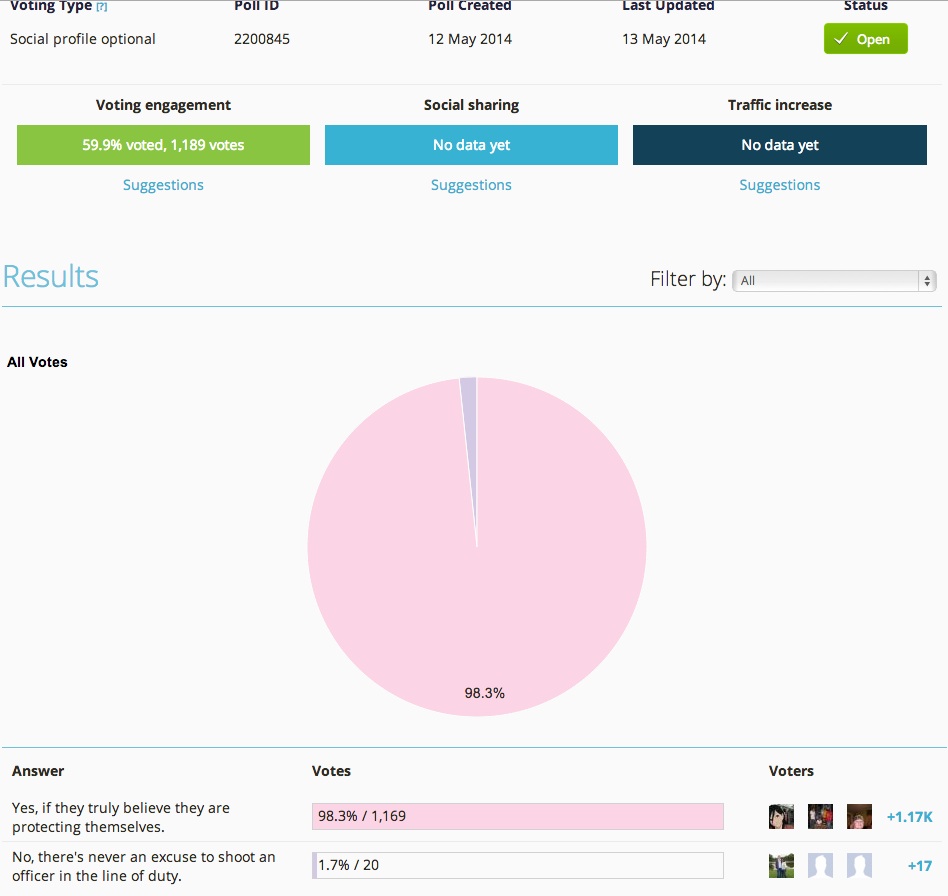 Without the free market, who would build the solar-powered roads? (VIDEO)