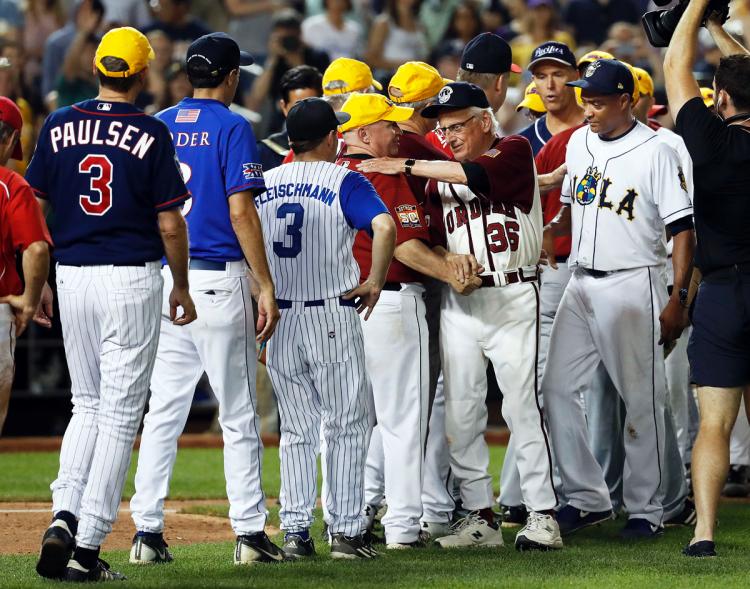 A stunning record-setting 24,959 tickets were purchased for the game, according to a report from the New York Times. That’s more attendance than five of the twelve regular major league games played in Chicago, Cleveland, Detriot, Minnesota, and Oakland.

The game reportedly raised over $1 million for Congressional Sports for Charity. Last year the event only raised $500,000.

The Democrats won the game, earning a solid 11-2 lead over the Republicans, but Democratic manager Mike Doyle presented the trophy to Republicans to be housed in Scalise’s office until next year’s game.