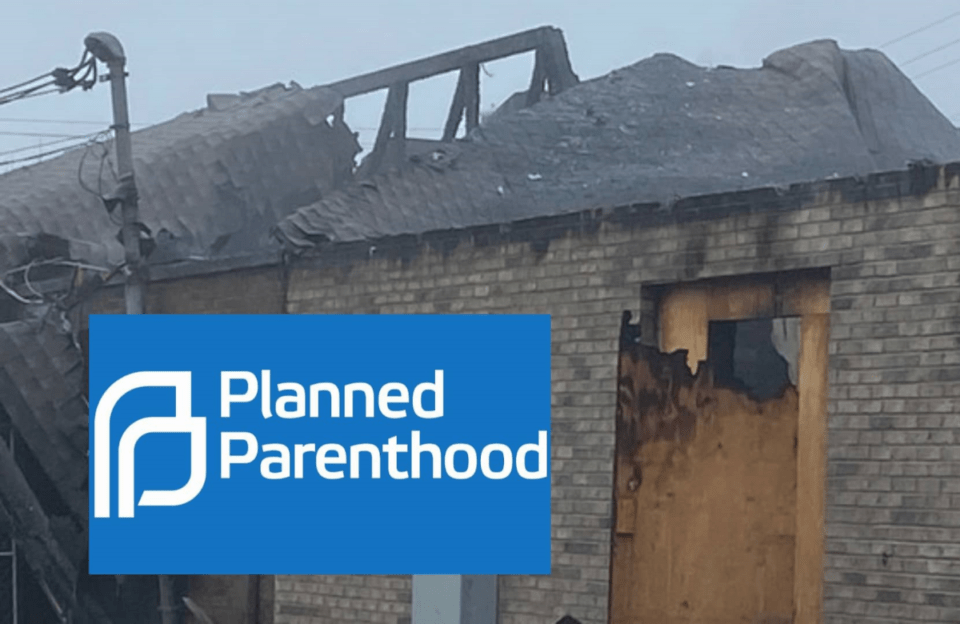 In the early hours on New Years Eve, a large clump of bricks called Planned Parenthood was destroyed by a morning fire. The official cause is not yet known.

WBIR Reporter Cole Sullivan shared photos and updates from the scene on Twitter.

An Assistant Fire Chief tells me the first phone call came in at 6:40.

When firefighters arrived, the fire was through the roof.

There was so much fire, they decided not send firefighters inside, but fight it from the outside of the structure.

The fire appears mostly out right now.
Firefighters are starting to walk around the side of the building, working to determine whether it’s safe for investigators to go inside. pic.twitter.com/A7dPtxUtWT

Arson investigators will be investigating the building which has been closed for renovation, Sullivan stated in his Tweets..

A number of Twitter users in the thread stated that this Planned Parenthood location was actually just a clump of bricks, or wood.

Its just a clump of bricks

It's just a clump of bricks.

It's just a clump of bricks lol

Don't worry, it's just a clump of wood.

It's just a clump of bricks

The Knoxville Fire Department also shared a photo of the morning blaze on Twitter.

Jump over to our FB page for the latest statement on the Planned Parenthood fire. pic.twitter.com/oqJuwlwjDG

Other Twitter users responded with the same “That’s what insurance is for” retort that was largely used when small businesses were burned down in BLM and ANTIFA riots.

That clump of bricks will be fine, it has insurance

I’m sure it was insured.

Don’t worry, it’s just a building. They have insurance

I'm sure they have insurance.

I'm sure they have insurance.

How To Have an Educational Experience While Traveling