Hillary Clinton supporters in the media made short order of attempting to discredit Wednesday’s Associated Press report about Clinton Foundation donors meeting Hillary during her tenure at the Department of State.

The AP found that “more than half the people outside the government who met with Hillary Clinton while she was secretary of state gave money – either personally or through companies or groups – to the Clinton Foundation.”

While the AP report said that these meetings did not seem to violate any legal agreements Clinton or former president Bill Clinton signed when Clinton took the position, the report said the meetings did fuel the perception “that giving the foundation money was a price of admission for face time with Clinton.”

Following the report, Clinton’s media cretins came out in droves to show their support.

“The stark fact highlighted in the AP’s tweet and social share card is, for starters, totally false.” https://t.co/eIwTTIidVO

Imagine the worst thing a politician ever did was go out of her way to meet people prepared to cut seven figure checks to fight AIDS.

The Clinton Foundation creates conflicts of interest, but the AP report on it was an embarrassing journalism failure https://t.co/rZsKLPiCpG

A Vox article, “The AP’s Big Expose on Hillary Meeting with Clinton Foundation Donors is a Mess,” claimed that there was no hard evidence of “corrupt activity.”

“And it couldn’t come up with anything that looks worse than helping a Nobel Prize winner, raising money to finance AIDS education, and doing an introduction for the chair of the Kennedy Center. It’s kind of surprising,” the article said.

Slate ran an article with the headline “The Clinton Foundation Is Not A Scandal. It’s A Phenomenal, Life-Saving Success.” The article tried to debunk the myth that the Clinton foundation is “more a slush fund than a charity,” it says that many Americans have fallen for.

The Slate article pointed to the Clinton Foundation’s AIDs relief work to defend it.

” Yes, some of these people have an awful track record on human rights. But if American charities did not take money from some very bad people, there would be remarkably few American charities operating at all,” the article stated. 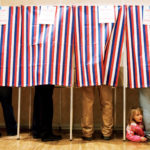