Hillary Clinton’s platform as a whole advocates for more taxation, which does hurt the economy. Let’s first focus on just what her planned tax increases. Among her proposed taxes are a soda tax, as well as a 25% national gun tax. Interestingly enough, her husband, President Bill Clinton, said that even he didn’t support a gun tax, and he was a supporter of the Federal Assault Weapons Ban.

Clinton’s myriad of tax increases include, but are not limited to:

These are only a few of the proposed new taxes that Clinton plans to enact if she gets elected into the Oval Office. Already, that’s a lot of taxes. In 2015, taxes accounted for 22% of GDP, and the GDP was about $17.95 trillion. So the amount of taxed GDP was about $3.95 trillion. Under Clinton, the total amount of increased taxed GDP could at minimum be about $5.2 trillion, an increase of $1.25 trillion. That’s about 30% of the GDP, a 8% increase of total GDP.

Eight percent may not seem like a lot, but keep in mind, that is a minimum estimate, and it’s spread across the total GDP. So in practice, that would mean that the effect that it has on each individual person’s pocketbook is staggering.

In economics, people are familiar with what are called injections and leakages in the economy. Taxes are a form of leakages, and the thing about taxes is that the government always takes more than what it puts back into the economy. Injections are things like a consumer buying a good from another individual or firm. Leakages are when a tax is imposed on capital, or when capital is moved to another economic environment, for example somebody in a different country selling a product to a domestic individual.

Overall, Clinton plans to institute more taxes, new taxes, and more economic regulation. These are all forms of economic oppression, and somebody who understands how economic freedom works would never vote for Clinton, nor support her. 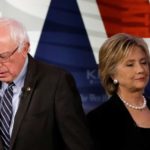 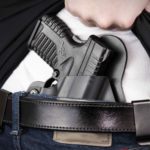