On April 25, 2017, the Clinton Foundation will officially shutter the doors to the Clinton Global Initiative’s main office in New York City.

A WARN filing was completed on January 12, 2017 with the Department of Labor for the state of New York, stating that the 22 remaining employees will be terminated on “Tax Day” 2017. The reason for their displacement was labeled as the “discontinuation of the Clinton Global Initiative.” 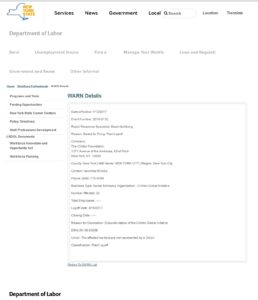 The CGI was a center for controversy during the 2016 Presidential election, as the organization held many donations not just from the wealthy, but from foreign governments as well. These donations led to many accusations of “pay for play” schemes, all targeted at benefiting the Clinton family’s income, as well as their political clout.

While most of these accusations have been refuted by the Clintons and those around them by citing the many charities that the foundation helped around the world, CGI was continually pinpointed by President-elect Donald Trump during the contentious fight for the presidency.

Recently, the questions into CGI were re-examined after a New York Observer article explained that following Hillary Clinton‘s loss to Trump, many wealthy and foreign donors made the decision to put distance between themselves and the organization.

[A]s soon as Clinton lost the election, many of the criticisms directed toward the Clinton Foundation were reaffirmed. Foreign governments began pulling out of annual donations, signaling the organization’s clout was predicated on donor access to the Clintons, rather than its philanthropic work. In November, the Australian government confirmed it “has not renewed any of its partnerships with the scandal-plagued Clinton Foundation, effectively ending 10 years of taxpayer-funded contributions worth more than $88 million.” The government of Norway also drastically reduced their annual donations, which reached $20 million a year in 2015.

Controversial author and president of the Government Accountability Institute Peter Schweizer wrote a book on the alleged abuses of the Clinton Foundation in the book, “Clinton Cash: The Untold Story of How and Why Foreign Governments and Businesses Helped Make Bill and Hillary Rich”

The Blaze explains that the CGI was founded in 2005 in order to “supplement the Clinton Foundation and serve as a networking apparatus to help in fundraising efforts,” but citing The Observer‘s article, they mention that the language used to define the goal of the initiative was unclear:

Is Billionaire Peter Thiel Considering a Bid for CA Governor? 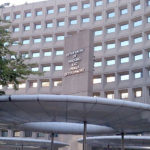