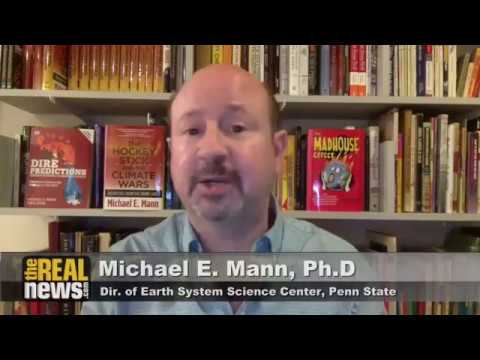 Prominent scientist and environmental activist Michael Mann used a congressional hearing this week to raise money for his political action committee and to belittle various climate change skeptics in Congress.

Mann, a climatologist at Pennsylvania State University, spent most his testimony before The House Science Committee criticizing Republican congressmen on the committee for supposedly being in league with the fossil fuel industry. The famed academic also appeared to deny having any direct connection with the so-called Exxon Knew campaign, an environmentalist-led movement meant to pressure ExxonMobil on its supposedly spotty climate record.

Mann’s belligerent behavior is especially pertinent considering his PAC, 314 Action, is targeting three of the committee’s members — GOP Rep. Lamar Smith of Texas, and California Republican congressmen Dana Rohrabacher and Rep. Steve Knight – in the lead up to the 2018 congressional elections.

The academic-turned politico’s campaign is part of 314 Action’s Under the Scope Initiative, which focuses its ire on what it calls the anti-science members of The House Science Committee.

He used the bulk of his testimony to bemoan the treatment his fellow climate scientists have endured for warning people about the perils of so-called man-made global warming. Mann equated himself and his ilk with scientists in the Soviet Union who were marginalized and killed for espousing inconvenient scientific views.

Mann was joined on the panel by academics Judith Curry, John Christy, and Roger Pielke, Jr., most of whom have been thrashed in the media for holding skeptical view points on climate change.

Pielke, a researcher at Colorado University, for instance, told The Daily Caller News Foundation that he finds the climate activist’s position absurd.

The reaction was swift and centered around articles from ThinkProgress subsidiary ClimateProgress.

Pielke’s point was that extreme weather only does more damage today because there’s more wealth to destroy when hitting shore. When economic growth is considered, “the overall trend in disaster costs proportional to GDP since 1990 has stayed fairly level,” Pielke wrote at the time.

FiveThirtyEight demoted him later from staff writer to freelancer, and he resigned a few months after the demotion. Pielke believes he lost the gig because of his unorthodox views on climate change.

“If climate change is indeed a looming catastrophe, you’d want to build a big political tent, no?” Pielke told TheDCNF, referring to Mann’s decision to rhetorically firebomb those he should be trying to convince. “Instead they are offending everyone who is not pure enough or ideologically in step. It’s remarkable.”

Mann also denied any affiliation or association to the Climate Accountability Institute (CAI), the group primarily responsible for promulgating anti-Exxon viewpoints, despite his apparent membership on the Institute’s board of directors

“No. I mean I may have corresponded with people,” he told Louisianna Rep. Clay Higgins about his connection to Climate Accountability. Mann is a member of CAI’s board of directors. 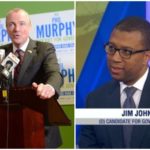 Dems Get Dirty In Campaign for New Jersey Governor 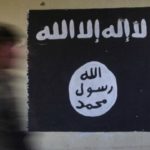