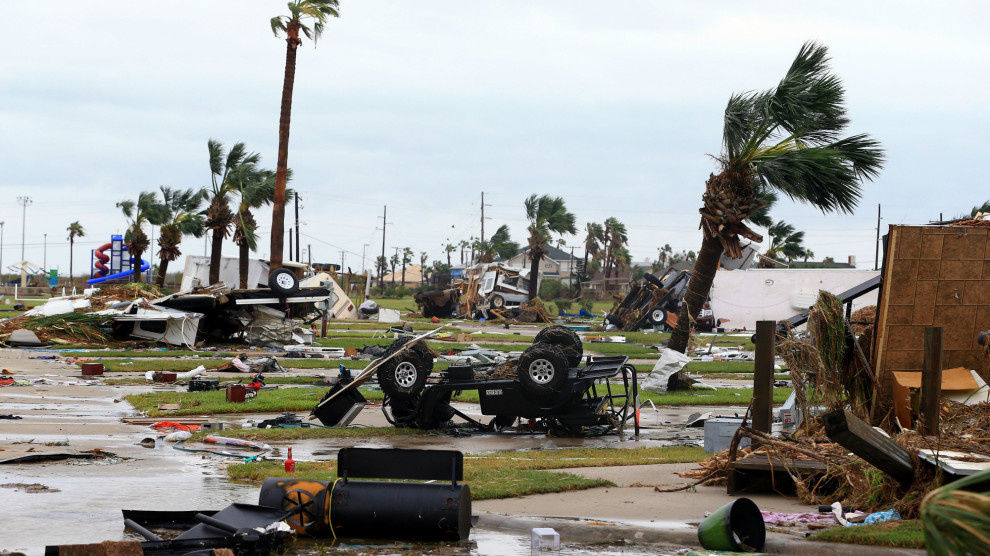 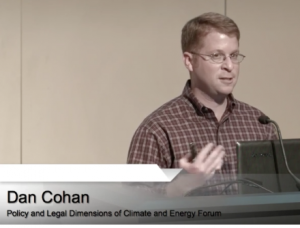 A professor at Rice University appeared Friday to compare climate change skeptics who oppose politicizing Tropical Storm Harvey with the terrorists responsible for the 9/11 terrorist attacks.

Daniel Cohan, an associate professor of environmental engineering, tweeted that Harvey should be used as a discussion point for climate change issues, because it contributed to the hurricane in the same way that Islamic terrorism did to the terrorist attacks. He has since deleted the tweet.

“Did we avoid discussing contributors to terrorism when recovering from 9/11,” Cohan wrote on Twitter Friday, referring to the Sept. 11, 2001 terrorist attacks. He was replying to a tweet from California congressional candidate Mike Levin suggesting it would be wrong to avoid linking climate change to the factors causing Harvey. 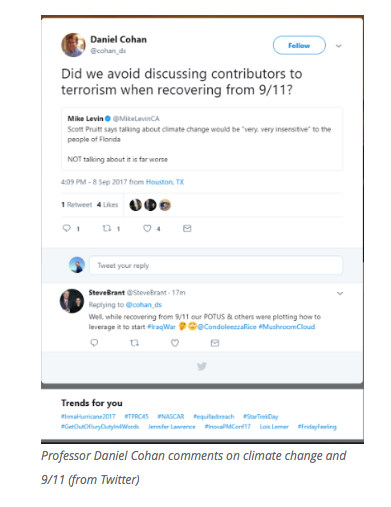 It is not clear from the content of Cohan’s tweet whether he was making a direct link between climate skepticism and Islamic terrorism, or simply making a broader point about the policies and mistakes that led to the terrorist attack.

Cohan, for his part, told The Daily Caller News Foundation that he was referring to the causes that exacerbate disasters.

“We are dealing with hurricanes whose intensity was exacerbated by climate change. Responding to the immediate disasters should not preclude us from discussing the root causes that are exacerbating those disasters,” he said. 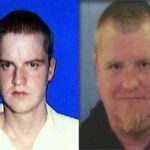 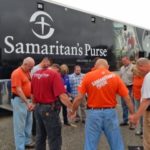