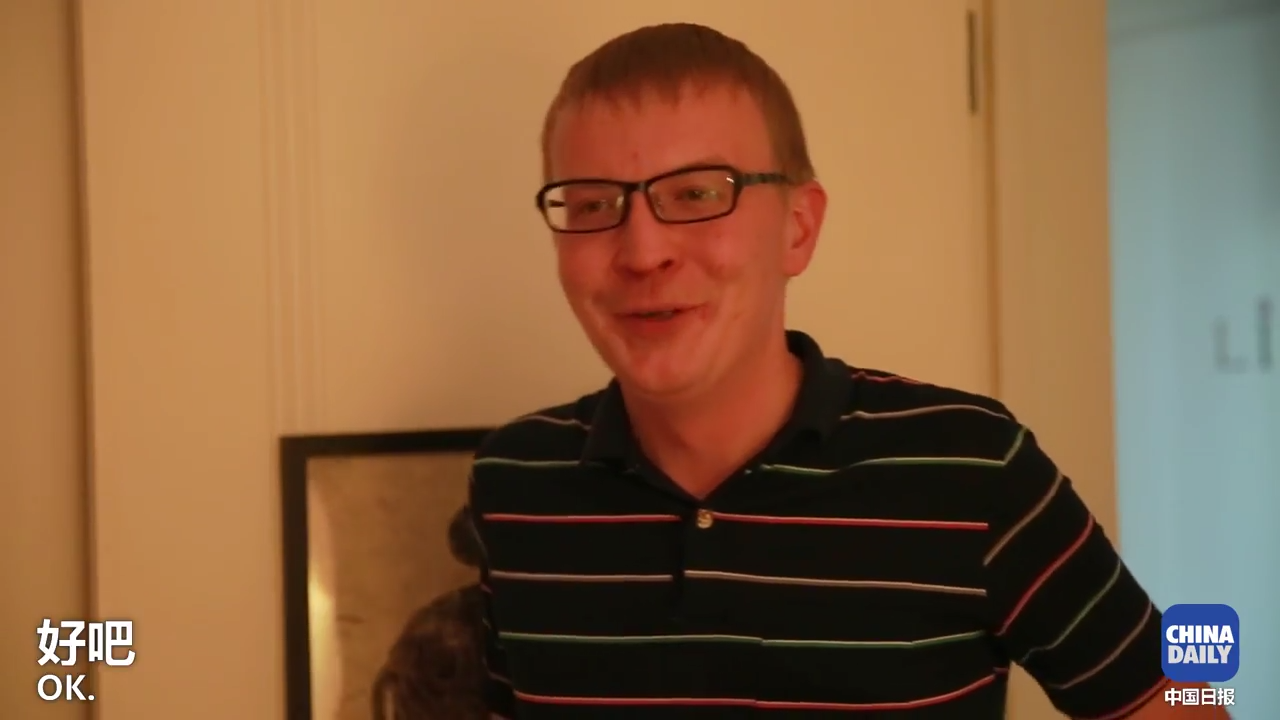 China’s pitching a massive trade project, but the propaganda for it is a bit odd.

Beijing appears to believe that the best bedtime stories are about global economics, specifically China’s One Belt, One Road initiative. The China Daily, a state-run media outlet, began pushing a new video series, “Belt and Road Bedtime Stories,” this week to promote China’s trade project, and it is doing it with the help of an American family.

The propaganda videos star Erik Nilsson, an American journalist at China Daily, and his five-year-old daughter, Liliana. In the videos, Nilsson reveals that the OBOR is based on the ancient Silk Road and maritime trade routes, emphasizing that the project is about reviving part of China’s history in the modern age.

The OBOR represents a major shift in Chinese thinking. Where Deng Xiaoping once instructed the country to “hide your light, bide your time,” Chinese President Xi Jinping is projecting Chinese power and throwing significant state resources into the project.

In the first episode, Nilsson introduces the big-time Belt and Road Forum, scheduled to be held in Beijing next week, telling his daughter that the OBOR is about more than just “moving stuff around.”

When Nilsson returns, he tells Liliana that the project is about “people and cooperation.” He explains that “any country can join, anywhere,” adding that the U.S. hasn’t joined the initiative.

Parroting Chinese leadership, Nilsson says, “It’s a Chinese idea, but it belongs to the world.”

Amazed by the prospect of globalization, as most five-year-old children often are, Liliana can’t get enough of the Belt and Road bedtime stories. “It’s good for people. We live happier lives when we cooperate. That’s why countries want to join the Belt and Road,” he tells his daughter in a third episode.

Nilsson reveals that over 100 countries support the OBOR and that China has signed over 50 agreements. One of the countries expected to take part in the upcoming forum is North Korea.

In the fourth episode, Nilsson reveals which countries have joined the OBOR project, while making a not so subtle dig at the U.S. “Some countries are moving away from globalization,” Nilsson explains, adding, “The Belt and Road is an opportunity to move globalization forward.”

In recent months, China has been presenting itself as a leader in globalization, often taking jabs at the protectionist policies of the Trump administration.

A fifth episode appears forthcoming, as Nilsson promises at the end of the most recent episode to fill his daughter in on how China hopes to pay for this huge project.

Just in case the new bedtime stories are not enough for foreign audiences, the China Daily also has a sing-a-long video.

The Belt and Road Forum, expected to be attended by over two dozens heads of state, will be the first officials OBOR summit. Announced in 2013, the OBOR will include a a land-based Silk Road Economic Belt and a sea-based Maritime Silk Road.

China claims that the OBOR is designed to benefit the world, suggesting a certain degree of altruism, but some observers don’t see the OBOR in such a positive light.

“China is putting its industrial overcapacity and bloated state-owned enterprises to work overseas to expand its sphere of influence both within Asia and, more broadly, around the world,” Ankit Panda, a senior editor for The Diplomat, writes, explaining the views of the pessimists. “These observers see Beijing doling out billions in loans to financially stressed nations that may never be able to pay back their obligations, leading to a possible outcome where their sovereignty is held as collateral by Beijing,” he adds.

Some in the West perceive China’s OBOR as a counter to the Obama administration’s “pivot to Asia,” a type of “mercantilist geo-economic realpolitik.”

“The upcoming summit would be the right time for China to come clean about its ultimate goals,” Panda asserts in his assessment of China’s global trade initiative.

The “Last Man Standing” Has Fallen