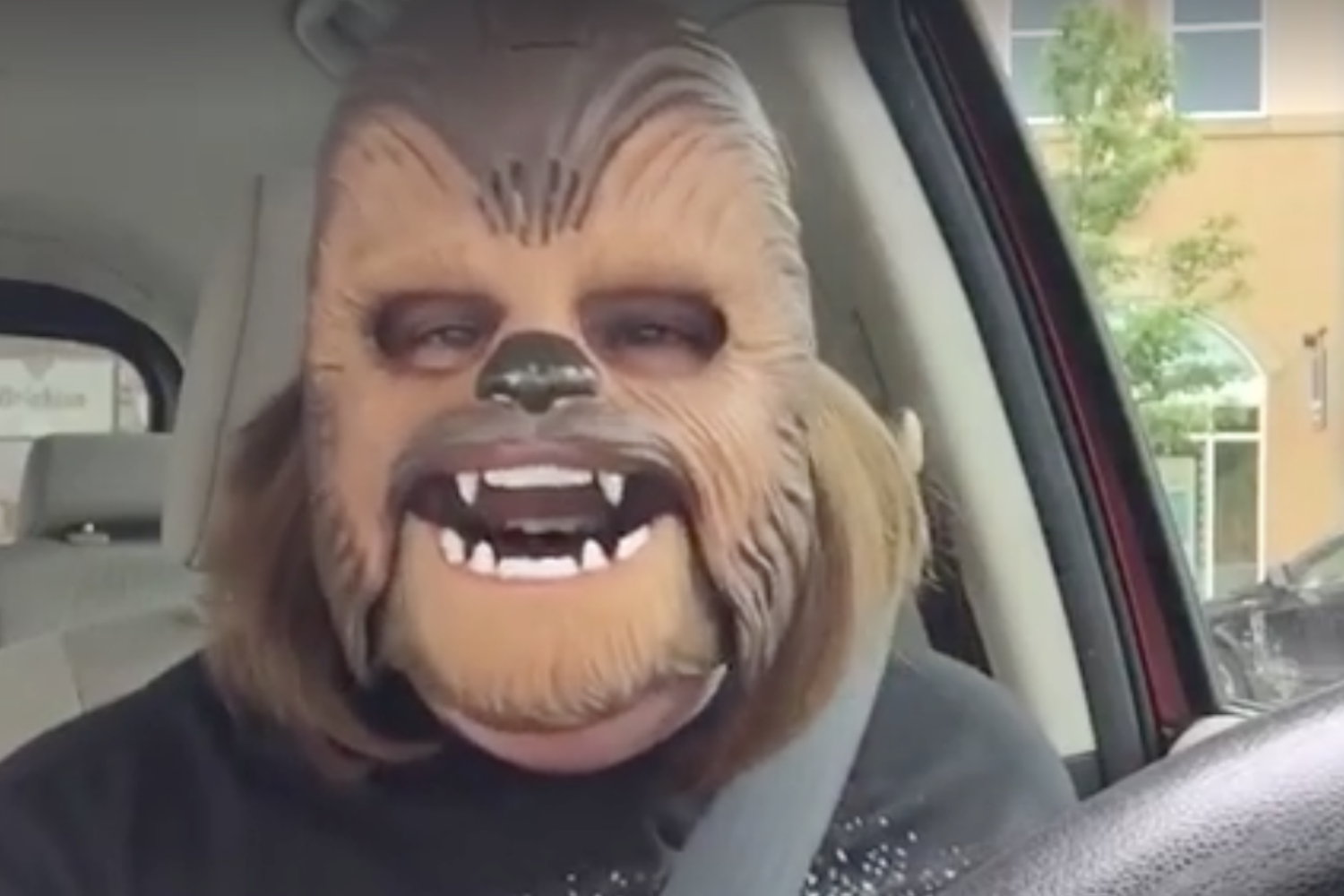 Candace Payne, better known as Chewbacca Mom, is the internet sensation that went viral last month, who had the whole world laughing as she donned her new toy mask, exploded with pure, raw, and refreshingly joyful laughter for the camera. Since then she has accumulated over half a million dollars in gifts, most notably full tuition for her entire family at Southeastern University in Lakeland, Florida. Most people have shown a positive attitude and are happy for her good fortune; yet, as always there are those bitter they weren’t the ones lucky enough to skyrocket into the national limelight, making incessant claims that she doesn’t deserve the attention.

Those are the complaints we all expect to see; but a new criticism is raising eyebrows — at least among those capable of rational thought. The unbelievable charge now being levied against Chewbacca mom is that she represents the oppression of white privilege.

Check out the NY Post video at the bottom of this article for examples of this garbage rationale on Twitter.

The dissenting spoilsport trolls of the internet that have long been negative for the sake of negativity can and should always be brushed off. Yet this new wave of criticism that is sweeping the internet and the real world outside of cyberspace is a dangerous and divisive tactic the progressive left is using to pit segments of the population against one another in a fight for “social justice.”

We must keep fighting the social justice warriors, even if it’s a tiring and seemly never-ending task to call them out on their daily tantrums. If you can’t or won’t do it for a political or philosophical reasons, just do it for Chewbacca Mom. In a culture that is too often characterized by violence and division, Chewbacca Mom and her contagious laughter are symbolic of a brighter side of our culture. A side where all of us, despite our differences, can simply get along and have fun once in awhile. So lets stop the triggered tyrants of social justice and just keep America laughing, if only for the sake of our collective sanity!

Watch The New York Post video on this outrageous development: