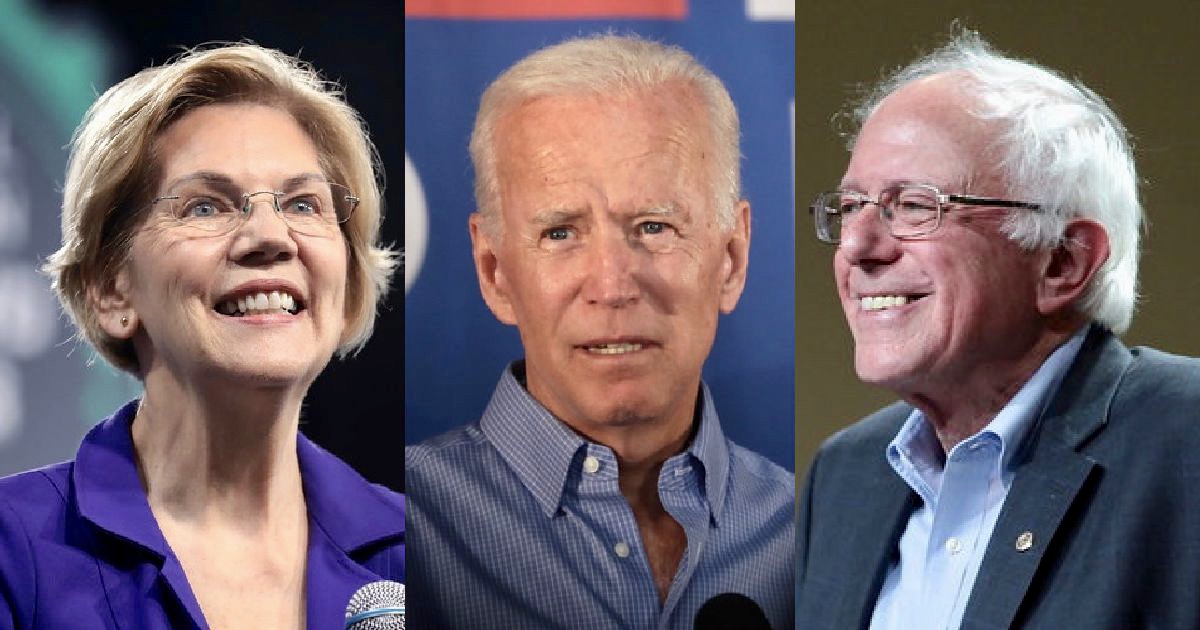 Sens. Bernie Sanders and Elizabeth Warren are clipping on former Vice President Joe Biden’s heels as each vie for the 2020 Democratic presidential nomination, according to a poll released Sunday morning.

Biden is clinging to a lead in Iowa, while Sanders is leading the pack in Nevada with Warren ahead in New Hampshire, a new CBS poll shows. With crucial early states showing such close margins, there is no clear frontrunner as the Democratic primary heads into the fall of 2019.

The poll is not as kind to Sen. Kamala Harris. The California Democrat is polling in the single digits in New Hampshire, Iowa, South Carolina and Nevada, all of which become important states as the election season heats up.

Harris’ poll numbers have consistently dropped. She saw her support more than double from 8% to 17% in a June 28-30 CNN poll following the Democratic primary debates in Miami in June.  But a Quinnipiac University poll published in August shows Harris’ numbers plummeting to 7%.

Warren, who is etching out a progressive message in comparison to Biden’s moderate position, is rising. CBS’s numbers aim to capture the mood of voters in the earliest states, while other national polls are focusing on states that won’t vote until late spring.

Warren has benefited most as supporters slowly move away from Harris, according to the poll. Twenty-nine percent of people who were backing Harris in July have switched to the Massachusetts Democrat. Biden picked up 15% of former Harris backers.

Warren apparently has an enthusiasm edge over Biden, the poll also finds. More Democrats enthusiastically support Warren were she to become the nominee than say that about either Sanders or Biden.

Democrats whose first choice is not one of the top three contenders are more enthusiastic about Warren than they are about Biden or Sanders.

This CBS News survey was conducted between August 28 and September 4, 2019. Pollsters sampled 16,525 registered voters in 18 states that are expected to hold early primaries and caucuses. This sample includes 7,804 self-identiﬁed Democrats. It has a margin of error of +/- 1.8 points.