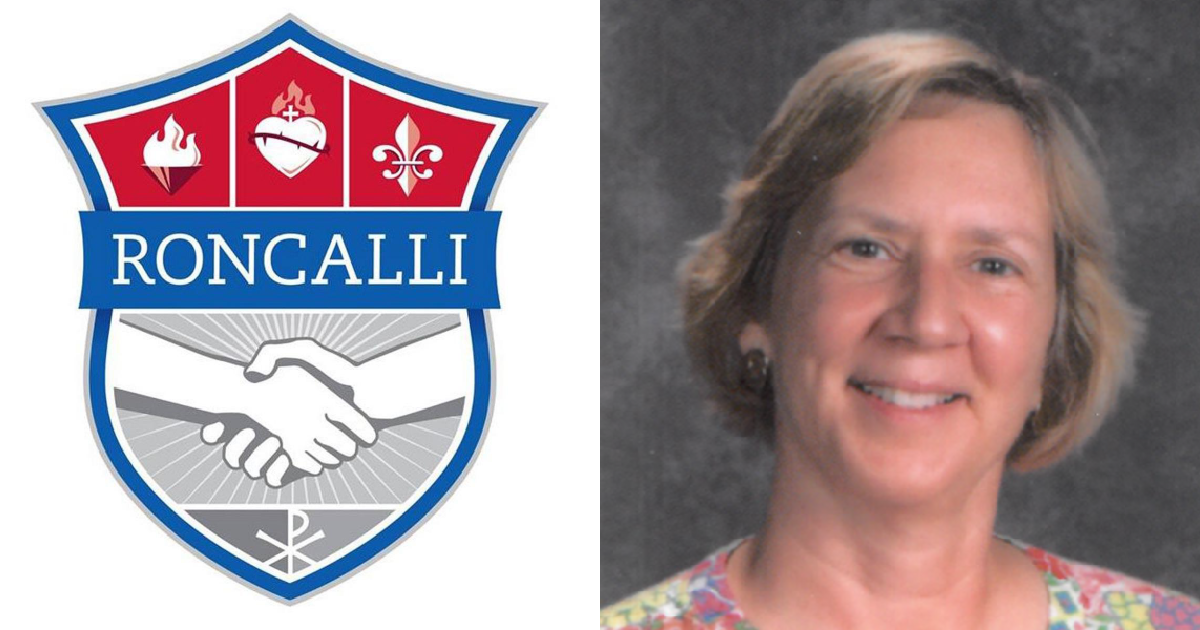 Lynn Starkey, a guidance counselor at Roncalli High School, a Catholic school in Indianapolis Indiana has been fired from her job after a 39-year career because the school says her marriage to another woman is in breach of her contract.

School officials say that Starkey’s contract will not be renewed for the 2019-2020 school year because both the school and city’s Archdiocese say that she breached her terms of employment when she entered into a same-sex civil union in 2015.

“It’s a terrible way to cap off a 39-year career,” said Starkey’s attorney, Kathleen Delaney. “Starkey’s 39 years of exemplary employment, including Teacher of the Year recognition in 2009, will end because she is in a same-sex marriage and because she filed discrimination complaints.”

According to WBTV, the discrimination complaint filed with the Equal Employment Opportunity Commission as of November 2018 claims Starkey was discriminated against on the basis of her sexual orientation.

Shelly Fitzgerald, the co-director of the guidance department at Roncalli with Starkey, was also placed on leave after 15 years in August 2018 when school officials learned she was in a same-sex marriage.

Starkey says two days later, Principal Chuck Weisenbach asked Starkey if she had a civil union, and she answered truthfully that she does.

Starkey’s lawyer feels both Fitzgerald and Starkey have been singled out by the school.

“There are more than 60 schools in the Archdiocese of Indianapolis and thousands of employees. Shelly Fitzgerald and Lynn Starkey are the only ones we know of who have been asked, ‘Are you violating church teachings?’” Delaney said, according to WBTV.com

Delaney filed paperwork with EEOC on Monday as a precedent to a lawsuit, restating the claim of a hostile work environment and discrimination.

“It also sends the wrong message to the students who go to school there, some of whom are members of the LGBTQ community,” Delaney said, according to WBTV.com

After the EEOC review, Starkey says she plans to sue both the Archdiocese and the school. Her lawyer says the process will take around two months before they can go to court.

“Catholic schools are ministries of the Catholic Church, and teachers, school guidance counselors, and administrators are vital ministers in sharing the mission of the Church. They are expected to be role models and are expressly charged with leading students toward Christian maturity and with teaching the Word of God. As role models for students, the personal conduct of every teacher, guidance counselor, and administrator and staff member, both at school and away from school, must convey and be supportive of the teachings of the Catholic Church. These teachings include but are not limited to: honoring the dignity of each human life from conception to natural death, care for God’s creation, and the belief that all persons are called to respect human sexuality and its expression in the Sacrament of Marriage between a man and a woman as a sign of God’s love and fidelity to His Church,” says Roncalli in a statement explaining their reason for terminating Starkey’s employment.

Many people on Twitter are upset about the school’s actions, but don’t seem to understand in a free society that private institutions are free to discriminate against individuals and government is not.

It sounds like some people need Austin Petersen to explain the difference between government and society.