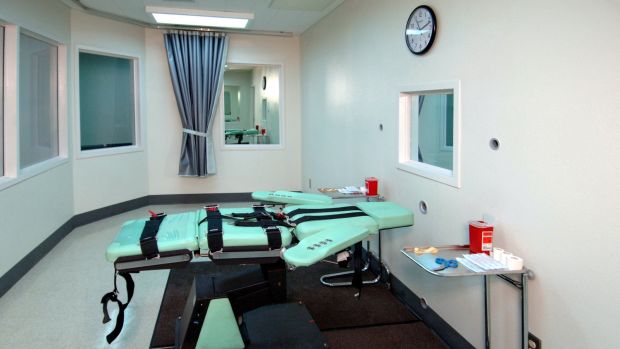 Californians voted seven months ago to keep the death penalty and speed the appeals process for executions, but a lawsuit being considered by the California Supreme Court is holding up the entire process.

Execution proceedings are notoriously tedious across the country, often taking decades to conclude. In Alabama, a man known as the “Death Row Houdini” survived more than 30 years on death row and seven execution dates by filing a slew of appeals.

As of December, California had 749 inmates waiting on death row, and the state has only executed 13 people since the death penalty was re-instituted in 1978. Today, the state has 300 appeals waiting to be heard. As a result, the Supreme Court expressed concern Tuesday about the five year limit, with several justices calling it unrealistic.

“We all realize when we wrote it we aren’t going to fix it overnight, but we’ve got to have time limits,” Sacramento District Attorney Anne Marie Schubert told CBS. Schubert went on to say the five year limit was closer to a target than a hard cap.

De Kamp disagrees, however, arguing Prop. 66 should be thrown out because of the law’s language that proceedings “shall” be limited to five years, which he says makes hard limit.

“They sold the voters on ‘shall’ and gave them ‘may’…so you may never speed the system up cause there’s no consequence to it,” Ron Briggs, another Prop. 66 opponent told CBS.

The Supreme Court is expected to decide the case within 90 days.

EU May Demand That US Tech Companies Surrender Personal Data