Breaking: Christian Homeschooling Family Will Not Be Deported (VIDEO)

Obama administration had argued against homeschooling, citing a need to teach “tolerance.”

In 2010, a U.S. court granted political asylum to Uwe and Hannelore Romeike. A Christian family who homeschools their children, the Romeikes fled to the U.S. from Germany, where homeschooling is illegal.

The Romeikes faced jail time and risked having their children seized by the government if they remained in their home country.

Yet the Obama administration appealed the court’s decision and has been working to have the family deported. The administration scored a key victory yesterday when the Supreme Court decided that it would not hear the Romeikes’ case.

Following a public backlash, however, the Home School Legal Defense Association announced today that the Romeikes had been granted “indefinite deferred status,” meaning that they can stay in the country permanently. 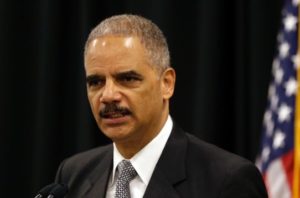 Holder’s DOJ has argued that Germany’s ban on homeschooling is necessary to impose a worldview of “tolerance” on children.

Christians and libertarians should not let today’s encouraging victory lull them into a false sense of security. The enthusiasm with which the Obama administration worked to deport this family, and the repugnant authoritarian arguments it used to do so, should put all advocates of homeschooling rights on high alert.

The Justice Department, for instance, argued that Germany’s laws against homeschooling do not constitute persecution. “The goal in Germany is for an open, pluralistic society,” they argued. “Teaching tolerance to children of all backgrounds helps to develop the ability to interact as a fully functioning citizen in Germany.”

Germany’s federal court and the Holder Department of Justice are cultural totalitarians. They share a fundamental belief in forcing people to conform to the left’s selective notion of “tolerance.”

That the administration appealed the initial decision to grant the Romeikes asylum is unsurprising. If Christians are a designated privileged group who must be brought down to size, then any force used against them is not real persecution, but a justifiable correction.

The Romeikes have good reasons to homeschool their children. Not only has Germany’s government shown itself to be uniquely untrustworthy by openly opposing intellectual diversity, but Christians have good religious reasons to be wary of all government power.