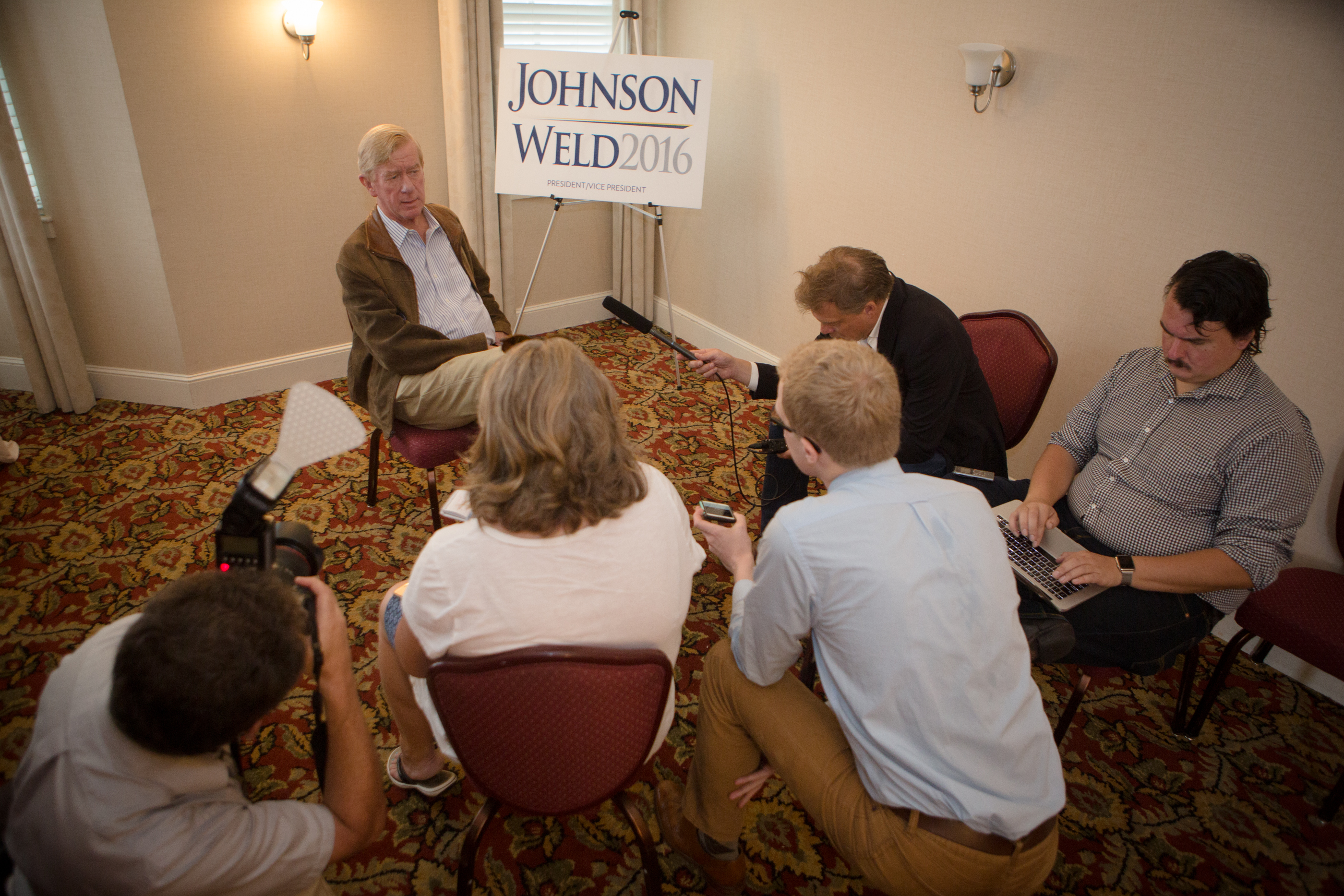 This evening I had a chance to sit down with Governor Bill Weld prior to his town hall in Bangor, Maine and I must say, it was a pleasure. I waited as three local television news reporters asked Governor Weld the same questions three separate times, when they finally turned off their cameras, he turned to me with a smile and an outstretched hand as I suggested we take a seat. Of course the local news reporters asked about the most recent Trump scandal, which made the libertarian in me wonder what he thought about the most recent round of leaked emails, mainly the ones where Hillary Clinton “emphasized the importance of holding two positions on political issues -a ‘public’ one and a separate ‘private’ one, during a private 2013 speech to the National Multifamily Housing Council.”

So I asked if Governor Weld had a comment, he said, simply “Yeah, I do.” he went on to say:

I thought there were two statements in the Goldman and Sachs speech that are worthy of attention. The first was her assurance to the Wall Street bankers that she has a public opinion, which they knew about, and a private opinion, that’s telling me that she doesn’t really hold that position. She’s saying ‘I will do anything, as long as you pay me enough money, but I have to hold a different position with the public.’ She’s not telling the truth.

The second thing that’s alarming is that she said the people who know best what regulations are appropriate for national services, are the people who work in the industry, ‘people like yourselves, so that’s what I’m going to be looking at for guidance as I decide regulations.’ Again, translation: ‘I will do anything, as long as you keep the bank roll going.’

Governor Weld went on to elaborate on the subject during the town hall, when moderator Chris Dixon of the Undercover Porcupine at the Bangor Daily News, as well as Liberty Conservative, asked Governor Weld’s opinion on WikiLeaks, where he responded stating “they are a super legitimate journalism source.” He went on to describe them as “heroes” and guaranteed that on day one of a Johnson presidency, Edward Snowden would be pardoned.

To those, like me, who have been left wondering if Gary Johnson will indeed accept the invitation to debate Jill Stein and Evan McMullin, Governor Weld doesn’t think so, when asked, he stated “Now, I don’t necessarily agree, but the party may not want to give unnecessary exposure to Ms. Stein, so I don’t think so.” This makes sense to me at this stage of the race, but part of me longs to see Gary up on a debate stage.

All around I, as a conservative libertarian, found the governor to be refreshing. He addressed real problems facing America, and the next President of the United States. Most importantly, he discussed real world solutions to those problems. He was logical, reasonable, and witty; a breath of fresh air compared to the circus going on with the two mainstream candidates, and their running mates.

Watch the town hall below:

Here are the Top 5 Hypocrisies of Donald J. Trump