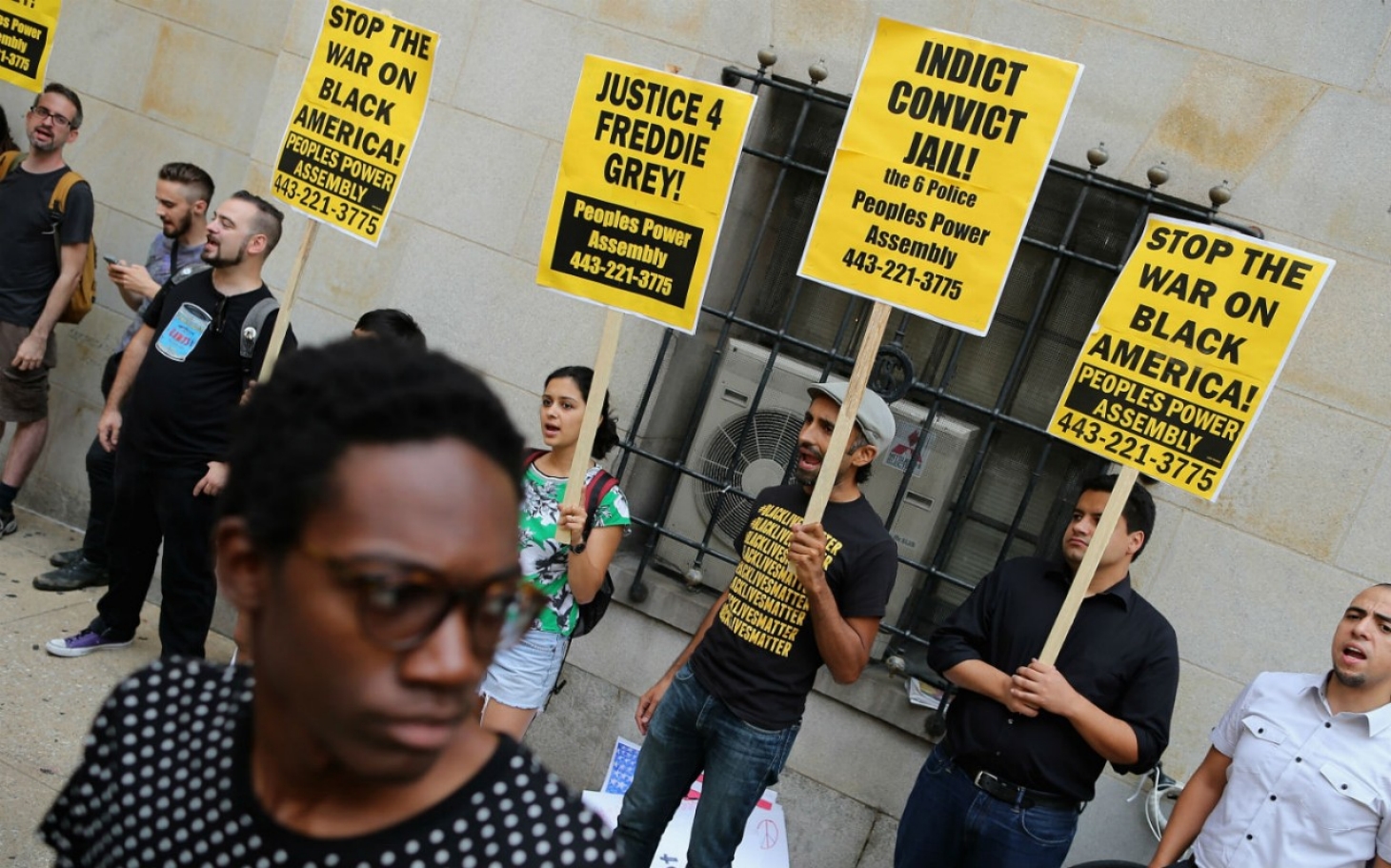 BALTIMORE, M.D. — Baltimore city residents expressed disappointment in response to the city circuit court Monday finding a police officer not guilty in connection to the death of Freddie Gray.

Officer Edward Nero was charged with several misdemeanor offenses after Gray died April, 2015, in his custody. Baltimore Circuit Judge Barry Williams found Nero not guilty of all charges just over a year later. Residents were not surprised given what they saw as racial bias in the criminal justice system.

“White people are turning a blind eye,” resident Mumin Soweto told The Daily Caller News Foundation. “We’re not the ones stirring up the racism.”

Mumin adds the black community is fearful 1960s style racism is on the rise. Nero was charged with second-degree assault, reckless endangerment and two counts of misconduct in office. The prosecution argued Nero and the five other officers involved were wrong in detaining Gray without a good reason and for not buckling him into a van he was transported in.

“No one wants to play the race card but it’s hard not to see it that way,” city resident Mike Smith told TheDCNF. “That man had human rights just like everyone else.”

Smith also notes the issue is constitutional in that Gray wasn’t treated equally and afforded the same basic rights as everyone else. Nero could have be sentenced to up to 15 years in prison if he was found guilty. Gray reported injuries or health issues when police first arrested him but within an hour his spinal cord was severely damaged. He died a week later from the injuries.

Soweto believes the problem and racial bias will continue unless members of the white community stand against it. He urged TheDCNF and others in the media to show the country what is happening. He is optimistic justice can be found but warned if things continue it could put communities on the verge of violence.

“The solution is, you need to go back and talk with your community,” Soweto said. “If things keep going the way it is, like with this young man, there is not going to be peace.”

Baltimore agreed to pay Gray’s family $6.4 million to settle claims against the city last September in connection with his death. The city reached the settlement even as the related cases were still ongoing. Smith believes the money was to just keep his family quiet and doubts they will be paid in full.

“Take this hush money, we’ll calm your ass down because we’ve been through this,” Smith said. “They’re going to wait them out, they’ll never get the settlement.”

Smith also warned others not to riot like last April. Many city residents took to the streets in protest against police. While many protesters demonstrated peacefully others destroyed buildings and cars, leaving the city ablaze and covered in debris. Smith said taking to the street and destroying neighborhoods does not help and only holds back true justice.

‘This Fetus Is Moving’: Abortionist Reacts To Botched Abortion In Chilling 911 Tapes