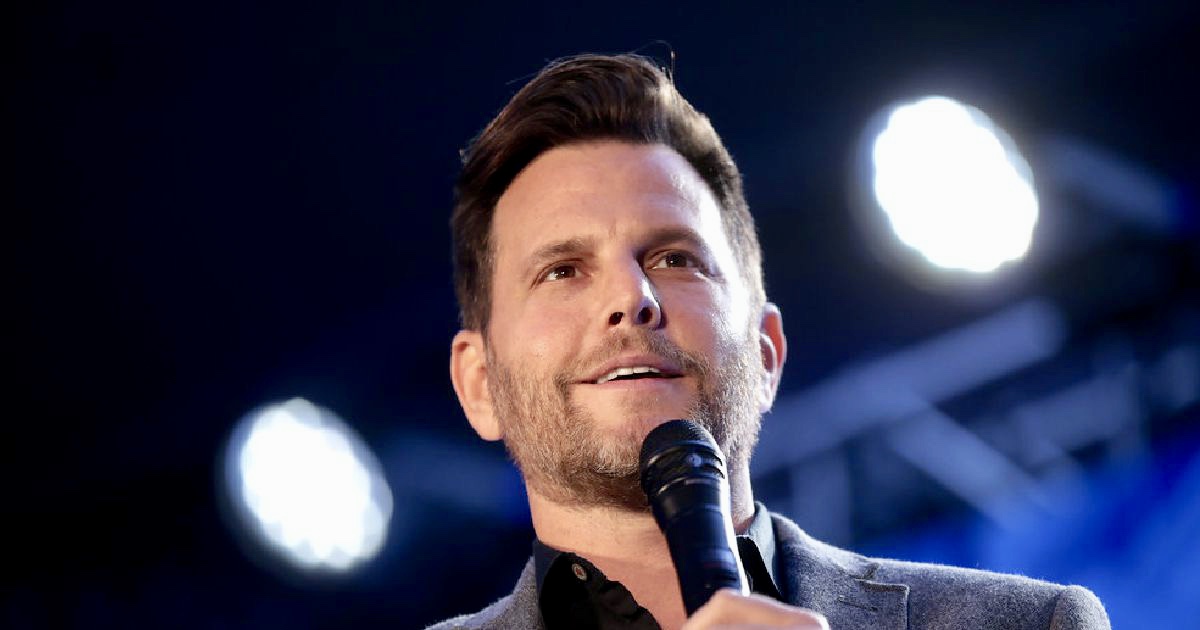 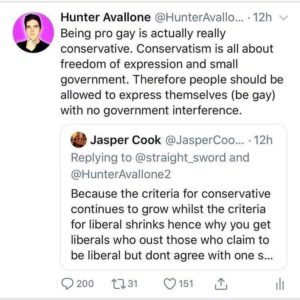 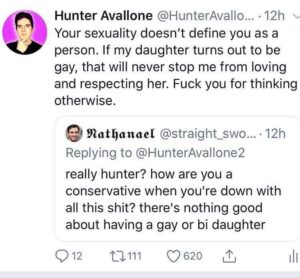 These were some of Hunter’s last tweets before being banned on Twitter. It got him into a huge debate with a few traditionalist populists.

The discussion is – are Conservatives, or the Republican party, becoming more open to the LGBT community? Or have the Liberals and Democrats lost their monopoly?

There is no doubt the left is losing their grip on LGBT voters. There are more and more conservative /classical liberal /libertarian activists who are part of the LGBT community.

Dave Rubin is the host of the Rubin Report and former contributor on the Young Turks. Dave Rubin isn’t strictly a conservative, but he is widely accepted by conservatives, invited to speak on campuses by Turning Point USA, and praises many of the principles that conservatives promote such as smaller government, liberty, freedom of speech, etc.. 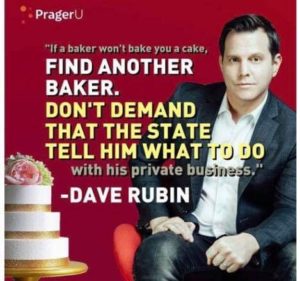 Milo Yiannopoulos is a former editor for Breitbart and the Telegraph, and part time performer. He is one of Trump’s biggest fans. Milo has spoken on many college campuses, and is known as the most banned gay man on social media platforms, and certain countries and campuses. 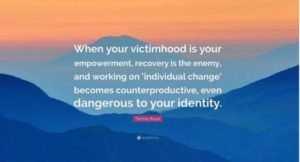 Guy Benson is a Fox News contributor, host of the Benson show, and political editor of Townhall.com.  He came out as gay in his book, “End of Discussion:  How the Left’s Outrage Industry Shuts Down Debate, Manipulates Voters, and Makes America Less Free (and Fun)”.

“What defines me is my values and my sexual orientation is more like a footnote.” 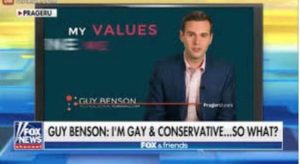 Brandon Straka is the founder of the #WalkAway movement, which is a movement encouraging people leave the Democrat party. He now identifies with the conservative label, but was a former liberal, like Dave Rubin.

“For years now, I have watched as the left has devolved into intolerant, inflexible, illogical, hateful, misguided, ill-informed, un-American, hypocritical, menacing, callous, ignorant, narrow-minded and, at times, blatantly fascistic behavior and rhetoric.” 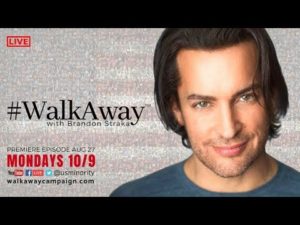 Blaire White is a YouTuber, trans model, and political commentator. She was assaulted by an anti-Trump protester for wearing a MAGA hat on November 11, 2017. The anti-Trump protester threw a drink at her and she broke her nail when she tried to recover her hat from the ground. 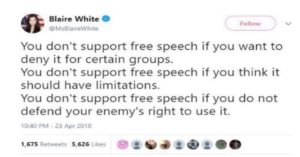 In a CBS interview, he responded when asked about gay marriage, “These cases have gone to the Supreme Court. They’ve been settled. And I’m — I’m fine with that.”

The Trump administration also launched a global campaign to decriminalize homosexuality in other countries. It is clear that Trump and other Republicans are trying to change the traditional Republican anti-LGBT stance. They are now following the principles of freedom that they preach. The resistance to Republicans opposing the gay conservative movement is slowly fading away like the Dixiecrats.

Why Decentralization Is the Key to Ending the War on Drugs