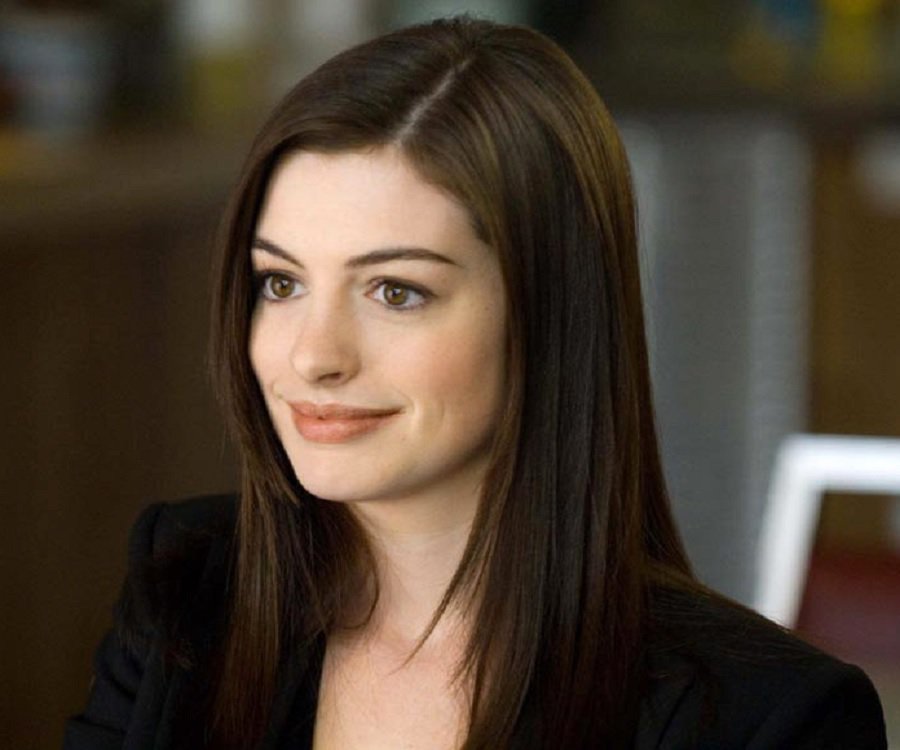 Oscar-winning actress Anne Hathaway called for paid parental leave in a speech to the United Nations on International Women’s day this Wednesday.

Hathaway, a UN goodwill ambassador, has been delving into parental leave policies in the U.S. and abroad. The subject is now personal for her, as she had a son 11 months ago. In fact, she posted a picture of her son watching her speech Thursday.

She began her speech by praising the strides made by others, but quickly turned to the improvements necessary for gender equality. This was more than generic female empowerment, though. Hathaway’s speech sought to advance gender equality by encouraging businesses and countries to include men in their family policies.

Hathaway emphasized “the need to redefine and destigmatize men’s roles as caregivers” throughout and decried the stereotypes than inform policy.

She said that the stereotype of women as homemakers and care givers “not only discriminates against women, but limits men’s participation and connection within the family and society.”

In particular, Hathaway focused in on paid parental leave.  “American women are currently entitled to 12 weeks unpaid leave. American men are entitled to nothing.”

Despite the unpaid leave allowed for women, many do not take fully advantage of that time. Hathaway says that 12 weeks unpaid leave does not “economically work” for too many people.

“One in four American women go back to work two weeks after giving birth because they can’t afford to take off any more time than that.”

Though well intentioned, Hathaway finds maternity leave to be problematic and ineffective. “Maternity leave, or any workplace policy based on gender, can, at this moment in history, only ever be a gilded cage.”

These policies inadvertently harm both men and women. Hathaway continues, saying such a policy “creates a perception of women as being inconvenient to the work place” and “chains men to an emotionally limited path.”

“Why do we continue to undervalue fathers and overburden mothers?”

Justin Amash Apologizes For Missing His First Vote, Constituents Rally to Support Him