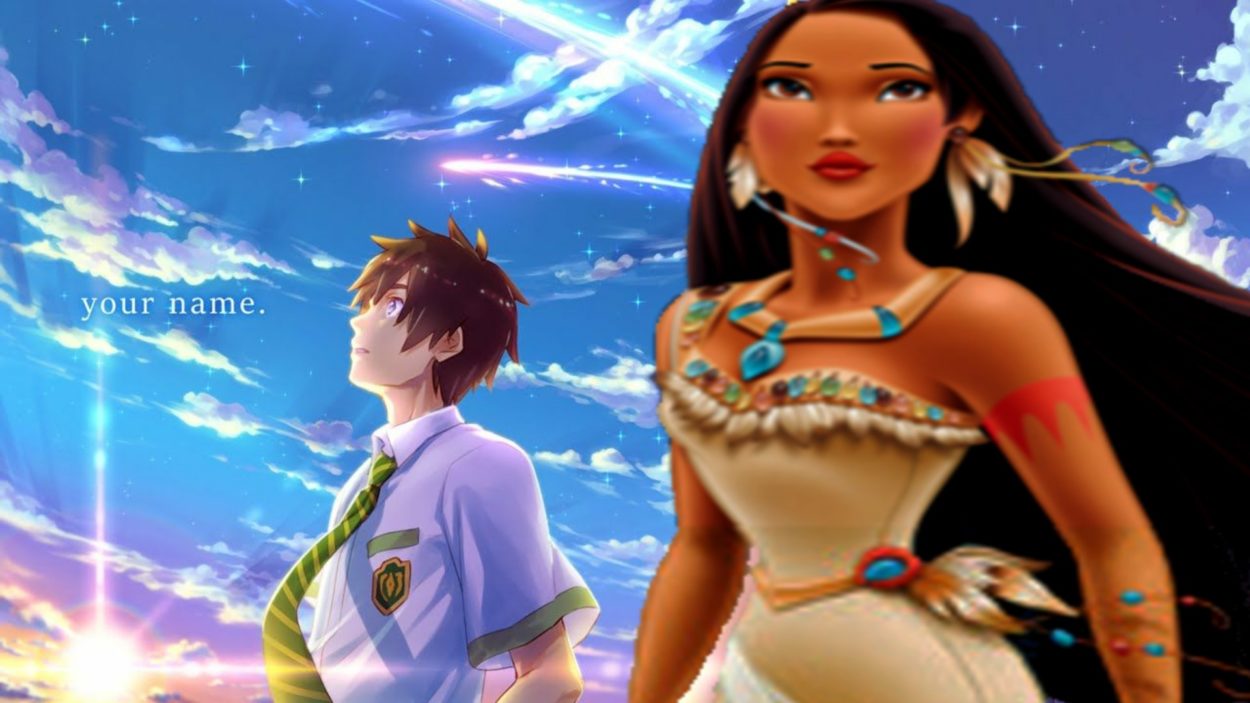 Anime purists lost their minds over the news that the Live Action adaptation of Your Name will star a Native American girl.

The Japanese animated film Your Name (君の名は) was released in 2016 about a girl named Mitsuha and a boy named Taki who switch bodies during their sleep. When they wake up in their switched bodies, they at first believe it is a dream and they are still asleep.

Watch the trailer below:

Mitsuha is a girl from a distant small town. Her family has a strong rooted history in the town from a practicing Shinto religion family. Mitsuha however yearns for modernization and dreams of going to Tokyo to escape an outdated way of life.

Taki is a busy student with a part time job. While the film doesn’t go deep into his own goals and desires, it’s pretty clear he favors a somewhat simpler life than his schedule currently affords him.

Without giving away any spoilers, the first half of the film begins light hearted, but takes sudden and numerous deep turns. By the time you realize details from the light hearted side matter, the film is continuously pelting you with new fastballs as you’re trying to go back and make sense of those earlier details. Watching the film twice is a requirement.

We’ll get to the angry comments in just a moment, and then we’ll get into why casting a Native American girl is actually a good, if not the best possible casting call for a Western Remake. First, I want to explore two themes of the film (without spoilers).

The first concept is the Shinto Religion, which dates back to the beginning of the Japanese people. While Japan itself in modern times is not heavily religious (with 20-30% of the population actively practicing religion), Shinto rituals are held often in everyday life. From New Year’s to seasonal festivals to weddings to tourist traps, Shinto rituals still exist all over Japan.

There is also an overlap between Shinto and Buddhism where a large number of people who practice Shinto also practice Buddhism, as the two actually complement each other. Buddhism is where the aspect of re-embodiment comes into play.

This is something the intended Japanese audience understands. Most Western observers take this at face value, and allow any concept explained by a religion they don’t understand to be permissible as magic. So what’s really important here as far as a Western audience is concerned, are the deeper, long standing cultural roots.

The second concept is called the Red String of Fate, a Japanese legend dictating people who are meant to be together will inevitably be together. It’s like an arranged marriage from the cosmos.

In essence, a red string is tied around your pinky finger and the pinky finger of the person you are meant to be with. As you go your own ways and the string gets tangled up in obstacles, you will eventually run into each other as the amount of length you have to work with contracts.

The Red String of Fate was represented by Mitsuha’s red hair ribbon.

This was a concept I first learned about in the 2002 film Dolls directed by Takeshi Kitano (Battle Royale, Kikujiro). Although Dolls delivered a tragic take on this concept, it is absolutely worth seeing.

Regardless of the prominence of this theme for Japanese audiences, a western audience does have a concept of fate. They can still comfortably follow along without an understanding that the events leading to the conclusion were mandated, and still be fine with the conclusion as meant to be. It’s simply a better experience for those who do get it.

Japan Today, an English news site of Japanese news published an article on Facebook about the decision to cast a Native American girl to portray the role of Mitsuha in the American Live Action adaptation.

The comments were overwhelmingly negative. To be fair however, they were split into two camps.

The first camp were people who didn’t want the movie to be adapted at all. Some stated that the movie is fresh from the year 2016, and people should be watching the source material as it is still very recent (I agree even though people won’t, which is what makes an audience for the remake).

Some people cited failed anime to Live Action adaptations such as Dragonball and Death Note, and didn’t want Your Name to suffer the same fate. I haven’t seen either, but I will give them the benefit of the doubt as those were received poorly, and overwhelmingly so.

The second camp were those upset by the casting decision, shown in the comments below:

Before I begin my defense of the casting decision, I’ll state that I am no fan of the Representation Olympics.

I’ve been critically skeptical of the upcoming FX reboot of James Clavell’s Shogun and their PC concerns of not making the view point through the white guy (which Shogun is told through) as well as not fetishising Japan (which the 1980’s miniseries didn’t do either, aside from depicting culture shock). No Japanese woman in the 17th century had purple hair streaks.

Just tell the damn story right, and everything will fall into place.

That’s right. Just tell the damn story right. And what is the best way to tell Your Name to a western audience?

Which culture and spirituality in America has a history as old as America itself (like Shinto and Japan), with historic spiritual beliefs and traditions that actually allow for this plot to be facilitated in regards to Mitsuha’s character? That would be a Native American. Any Abrahamic religion would consider this heresy, and there isn’t a Shinto or Buddhist history in America with the roots this story needs.

We’ve already determined that the Western audience doesn’t need to be hung up on fate, nor do they need to know the intricacies of the culture or spirituality in order to trust it and move forward. All they need are the deep roots, and an idea that a spirituality exists to make this plot permissible.

There simply isn’t another good way to fill this role in a remake for a Western audience. The good news, however, is that this only option is actually an outstanding one, and I can’t wait for the film