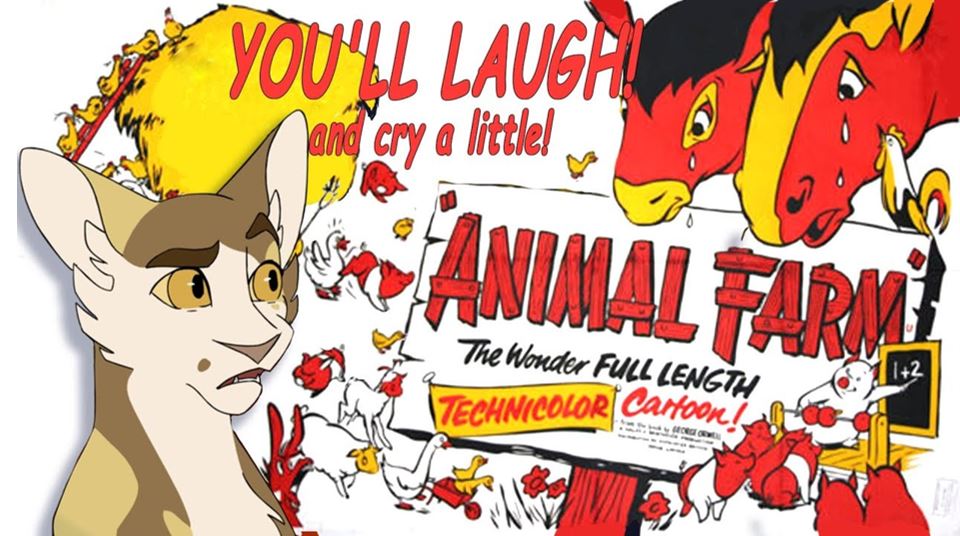 As we all know, George Orwell is one of the cult writers who were able to predict quite a lot of things that we can see in the world right now, although those things are troubling, considering the fact that Orwell specialized in the dystopian type of writing. For example, some of his works illustrate the society that is basically the Soviet Union under the tyranny of Stalin. His examples of social order, arguments, and samples of communication can be put into a whole essay on how to write a powerful dystopian story. That is why I decided to analyze the scandalous presidency of Donald Trump and how it is similar to George Orwell’s Animal Farm.

Some background about the novel

Orwell saw what happened to the Russian empire that was overtaken by the socialists and decided to take up his pen and write a rather simple story – the one about the origins of totalitarianism. Animal Farm itself sounds a little like a story intended for children; after all, it’s about animals that came to understanding that they are being used and drove the evil farmer from the property. The animals understand that pigs have the highest intelligence among them all, so they elect them as leaders. The first one is named Napoleon, who is clearly a representation of Joseph Stalin, and the other one is called Snowball.

However, they are having conflicts because the first pig cannot give some reasonable proposals on how to govern the community of animals, while Snowball has a variety of arguments and ideas that include the creation of committees and other things. Nonetheless, before any sort of vote could be taken, Napoleon unleashes hounds on his opponents thus driving him out of the farm, thus making him the central authority with a small circle of animals that help with decision-making. This sort of analogy deserves its own essay, but we’ll keep it shorter.

The analogy: behavior of Donald Trump and Napoleon, the piglet

The first and obvious analogy is in the behavior of these two characters. Instead of coming up with real solutions to the pressing problems created by the previous presidents and society, Mr. Trump decided to attack other presidential candidates by highlighting their flaws, which can form a whole essay. While this strategy may work, it is still a rather obvious analogy between him and the antagonist of Animal Farm. This even doesn’t require testing, considering how the elections resulted. I could write a whole Animal Farm persuasive essay and how it perfectly reflects some of the recent situations in the world, but let’s stick to the United States.

Anyway, both Trump and Napoleon are expressing same behaviors – their arguments are usually based on the premise of using people’s fears. For example, Napoleon keeps animals in check because of their fear of humans while Trump speaks of immigrants and terrorists. This leads to yet another analogy – by prescribing a select few animals as his close circle, Napoleon created a ruling elite. A similar trend is seen in Trump’s decisions because he is profiting from giving to his trusted people governmental jobs. As a result, they both create loyalty that is driven by greed and power.

That is where George Orwell encompasses the most important flaw in any sort of society. If you elect someone to govern you and others, be prepared that this person will eventually become corrupted by the power. By the way, this analogy is very similar to what happened to the Soviet Union. After all, Stalin came to rule the socialist state that works only when the interests of everybody are considered. However, he managed to create an elite and became a dictator, which led to the deaths of millions of Soviet citizens and political isolation of the intellectual elite.

A creation of a common enemy

Napoleon created a big bad angry guy for everyone to hate and fear – Snowball. Despite being a rather poor public speaker who is not persuasive, he found another piglet, Squealer, to do the public talking. Therefore, it is possible to see that even a non-charismatic individual with a thirst for power can make others obey, there is just a need for the right person to do some calls, such as communicating with the masses. A similar situation can be observed in Trump’s behavior and decisions. By giving a common enemy – immigrants, terrorists, and Obama, he can show the people that he is the solution to these problems.

Additionally, Animal Farm knows that Snowball was a good piglet, as they knew him their whole lives. However, Squealer makes up things about Snowball and basically claims that he was responsible for all the troubles that are plaguing the farm, although it is known that it is Napoleon’s doing. While Trump does sound persuasive and does fulfill some of his election promises, he also ignores other issues that are plaguing the society while making up issues. So that is yet another important perfect comparison between Animal Farm and Trump’s rule.

As it is possible to see, there are quite a few similarities between George Orwell’s Animal Farm and Mr. Trump’s presidency. After all, both the antagonist of the novel and the U.S. President share some behavioral patterns, which are also similar to those of Joseph Stalin. Even more, they also share a similar approach to dealing with problems by blaming others and making a common enemy to distract people from the pressing issues that have to be dealt with.

The Role of a Sourcing Company for Your Business