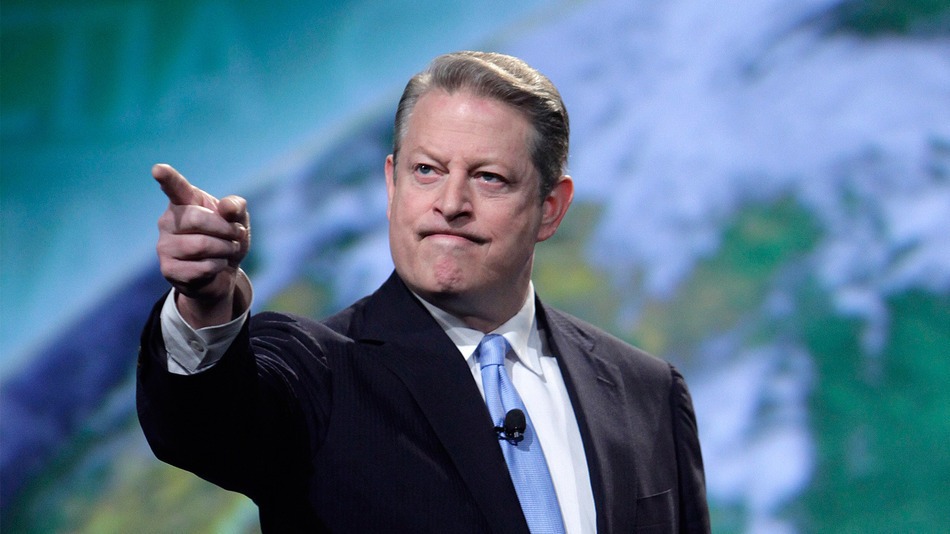 It’s been nearly one decade since former Vice President Al Gore released his film “An Inconvenient Truth.” It sent shockwaves through American politics and emboldened environmental activists to push for more regulations on American businesses.

Gore warned increasing carbon dioxide emissions would spur catastrophic global warming that would cause more extreme weather, wipe out cities and cause ecological collapse. To stop global warming, humans needed to ditch fossil fuels and basically change every aspect of their lives.

Watching “An Inconvenient Truth” is sort of like going back in time. Back to a world where flip phones were cool and “Futurama” was still putting out new episodes. A world where a bitter presidential candidate was trying to rebrand himself as an environmental crusader.

But have Gore’s warnings, which were alarming to many in 2006, come true?

In honor of the upcoming 10th anniversary, The Daily Caller News Foundation re-watched “An Inconvenient Truth” just to see how well Gore’s warnings of future climate disaster lined up with reality.

Gore’s been harping on global warming since at least the late 1980s, but it wasn’t until 2006 he discovered a way to become massively wealthy off making movies about it and investing in government-subsidized green energy.

Gore opens the film talking about nature, then jumping to a presentation he’s giving where he shows the first image ever taken of the Earth from space. From that image, he jumps right into making alarmist claims about global warming.

One of the first glaring claims Gore makes is about Mount Kilimanjaro in Africa. He claims Africa’s tallest peak will be snow-free “within the decade.” Gore shows slides of Kilimanjaro’s peak in the 1970s versus today to conclude the snow is disappearing.

Well, it’s been a decade and, yes, there’s still snow on Kilimanjaro year-round. It doesn’t take a scientist to figure this out. One can just look at recent photos posted on the travel website TripAdvisor.com.

In 2014, ecologists actually monitoring Kilimanjaro’s snowpack found it was not even close to being gone. It may have shrunk a little, but ecologists were confident it would be around for the foreseeable future.

“There are ongoing several studies, but preliminary findings show that the ice is nowhere near melting,” Imani Kikoti, an ecologist at Mount Kilimanjaro National Park, told eturbonews.com.

“Much as we agree that the snow has declined over centuries, but we are comfortable that its total melt will not happen in the near future,” he said.

Gore Left Out The 15-Year “Hiatus” In Warming

Gore also claims temperature rise from increases in man-made carbon dioxide emissions were “uninterrupted and intensifying.” He goes on to claim heatwaves will become more common, like the one that killed 35,000 people across Europe in 2003.

Sounds terrifying — until you actually look at what happened to global temperature after Gore’s film was released. Global temperatures showed little to no warming trend after Gore released his film. In fact, surface temperature data showed no significant global warming for a period of about 15 years, starting in the early 2000s.

Gore’s movie was released right in the middle of the so-called global warming “hiatus.”

“And of course when the oceans get warmer, that causes stronger storms,” Gore said in his film. “That same year that we had that string of big hurricanes, we also set an all-time record for tornadoes.”

Gore’s film came out just after Hurricane Katrina ravaged the Gulf Coast. Indeed, footage of the destruction from that storm featured prominently in Gore’s film. He mentions how the U.S. was hit with a rash of severe storms in the early 2000s and how Japan saw a record number of typhoons.

“The insurance industry has actually noticed this,” Gore said. “Their recovered losses are going up.”

But Gore’s claim is more hype than actual science, since storms aren’t more extreme since 2006. In fact, not even findings from the United Nations’s Intergovernmental Panel on Climate Change (IPCC) support Gore’s claim.

The IPCC found in 2103 there “is limited evidence of changes in extremes associated with other climate variables since the mid-20th century.” The IPCC also found “no significant observed trends in global tropical cyclone frequency over the past century” and “[n]o robust trends in annual numbers of tropical storms, hurricanes and major hurricanes counts have been identified over the past 100 years in the North Atlantic basin.”

Gore should probably take these findings seriously since he shared the Nobel Prize in 2007 with the IPCC for its work on global warming.

The North Pole Still Has Ice

Gore also claimed the Arctic could be ice-free in the coming decades. He said “within the next 50 to 70 years, it could be completely gone.”

With no Arctic sea ice, polar bears and all sorts of Arctic animals would be threatened, Gore warned, showing an animated scene of a polar bear drowning.

This is actually one of Gore’s more cautious predictions — he did incorrectly predict in 2008 there would be no Arctic by 2013. But even in this case, Gore is likely wrong because of the Arctic’s geographical setting.

The Arctic is almost completely surrounded by land, so the ice that forms there tends to stay there. Arctic ice coverage has shrunk in recent decades, but it’snot likely we will see even a summer where the North Pole is completely ice-free.

“I doubt the Arctic will be free of all ice in any summer, although the total area may well be greatly reduced in the future if it continues to warm there,” said Chip Knappenberger, a climate scientist at the libertarian Cato Institute.

“Such a situation should not be overly worrisome, as there is ample evidence that it has occurred in the past and clearly, polar bears, and everything else up there managed to survive,” Knappenberger said.

And before I forget, the latest data shows polar bears are actually thriving, despite shrinking ice coverage.

Remember the 2004 blockbuster film “The Day After Tomorrow”? In the movie, the Gulf Stream, which scientists say is essential for regulating the climate, shuts down and ends up causing another ice age.

Well, Gore hints this could happen if Greenland’s ice sheet melts and brings more cold water into the North Atlantic.

“At the end of the last ice age, as the last glacier was receding from North America, the ice melted and a giant pool of fresh water formed,” Gore said. “An ice dam on the eastern border formed and one day it broke.”

Gore said fresh, cold water bled out into the North Atlantic and caused the Gulf Stream to stall, which sent Europe into another ice age. Gore then suggests Greenland’s ice melt could pose a similar threat.

Australian scientists, however, totally debunked claims the Gulf Stream, or AMOC, was weakening.

“Claims of strengthening or reducing of the AMOC are therefore pure speculation,” Aussie scientists wrote in their paper published in March.