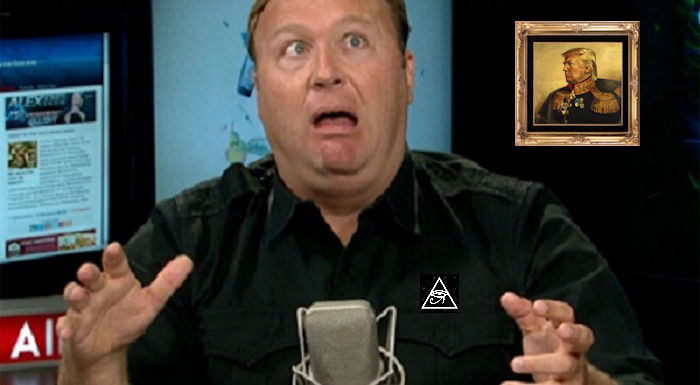 You may find it amusing to know that Alex Jones is now complaining that the Russian conspiracy theory has no evidence. How many conspiracy theories has Jones put out that have no evidence? Have the gay frogs taken over the world yet? Last time I checked, no. Countless theories have come out of Jones’ YouTube channel without a sliver of evidence. Now he wants to say how terrible it is Democrats are doing the same thing as him.

Absolutely no evidence has been produced to substantiate the conspiracy theory. https://t.co/HjrCd1dnAQ

The above video is Jones’ pet Paul Joseph Watson. Watson goes on and on trying to debunk the Russians’ hack of the DNC. Whether or not Russia ‘hacked’ the DNC or not, it should come to a concern to these people that Russia’s leader truly wanted Trump to win. This could be cause to the claims that Russia went as far as to hack the DNC. I do find it funny Watson would bring up Democrats threatening delegates. This is reminiscent of when a good friend to Infowars, Roger Stone, made threats to delegates before the RNC convention.

Unless you catch “hackers” in the act, it is very hard to determine who was doing the hacking. Why wasn’t this brought up before election?

If there is one good thing about Donald Trump winning the presidency, it would be that Alex Jones and his minions will be leaving the Liberty Movement. I hope they enjoy the pro-government authoritarian side. I feel as though it would be a better fit for them.