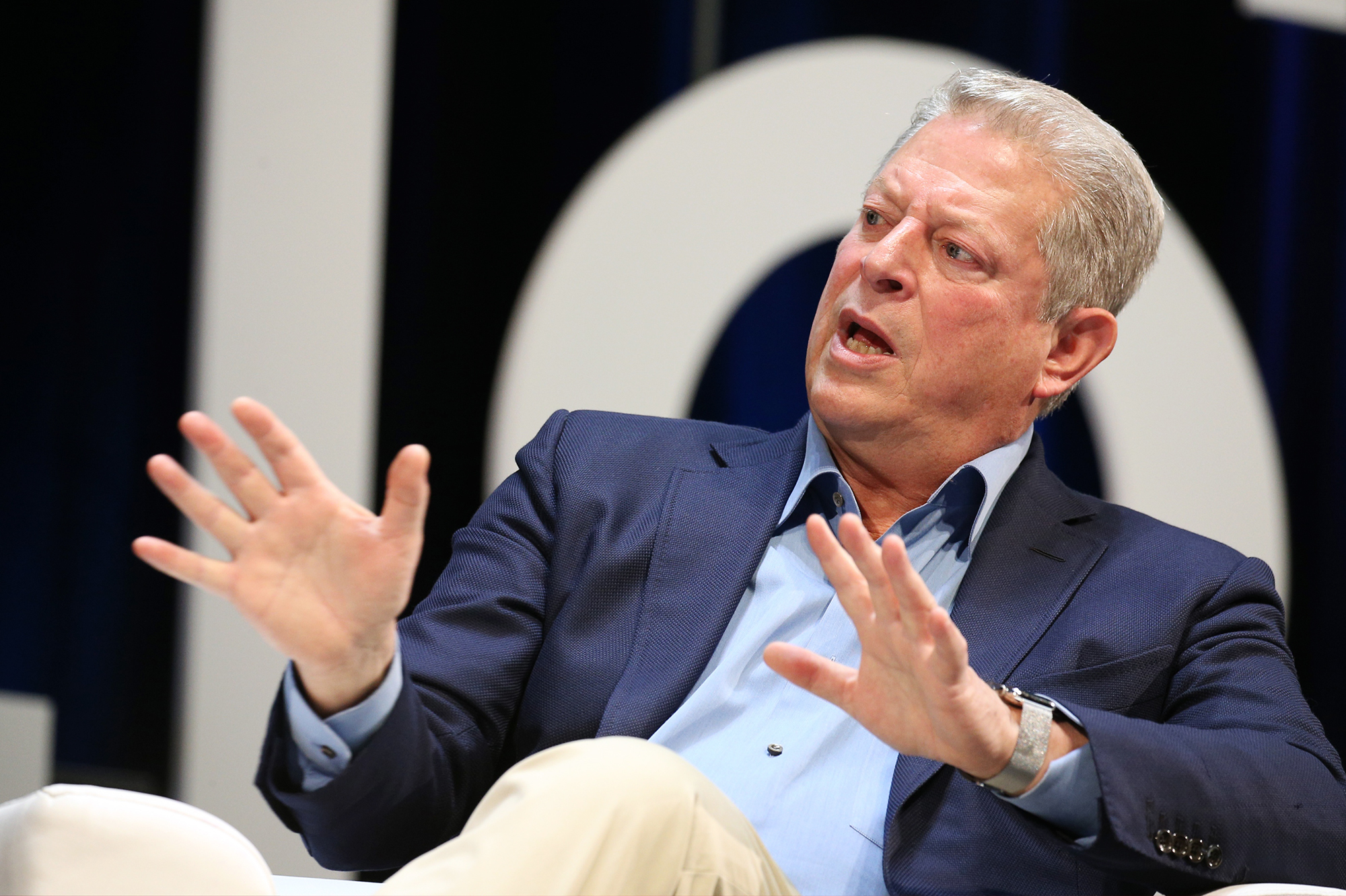 “Fox News Sunday” host Chris Wallace confronted former Vice President Al Gore on his 2006 claim that unless drastic action was taken humanity would face a “true planetary emergency” in the next decade.

“Unless we take drastic measures the world would reach a point of no return within 10 years,” which Gore said would precipitate a “true planetary crisis” due to man-made global warming.

Wallace pointed out it’s been 11 years since Gore made the claim in his 2006 film “An Inconvenient Truth,” and there doesn’t seem to be a planetary emergency.

So did Gore admit he was wrong? Of course not!

Here’s how he answered:

Well we have seen a decline in emissions on a global basis. For the first time they’ve stabilized and started to decline. So some of the responses for the last 10 years have helped, but unfortunately and regrettably a lot of serious damage has been done.

Greenland, for example, has been losing one cubic kilometer of ice every single day. I went down to Miami and saw fish from the ocean swimming in the streets on a sunny day. The same thing was true in Honolulu just two days ago, just from high tides because of the sea level rise now.

We are going to suffer some of these consequences, but we can limit and avoid the most catastrophic if we accelerate the pace of change that’s now beginning.

Gore also mentioned the directors of his upcoming sequel film “An Inconvenient Sequel” are adding a new segment at the end to account for President Donald Trump’s withdrawal from the Paris agreement on climate change.

Gore’s first film “An Inconvenient Truth” has been credited with popularizing the global warming debate. The film emboldened environmentalists and probably played a role in the Obama administration’s failed effort to pass cap-and-trade legislation in 2009.

But many (if not all) the claims Gore made in his 2006 film never materialized. The Daily Caller News Foundation fact-checked Gore’s claims on his film’s ten-year anniversary.

How To Trade Gold: The Basics