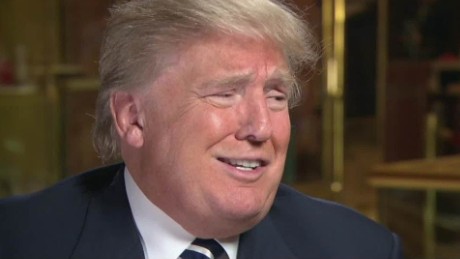 If there is one thing Republicans have rallied against during Obama’s tenure, it’s the intrusion into healthcare markets by the government. The party traditionally opposes a socialized system for good reason; socialized systems lead to shortages of resources, diminished access and quality of care, and rising costs. Republicans know that we need less government in healthcare– not more.

Yet Donald Trump has advocated for more government involvement. Several times he has advocated for a single payer system prior to running for president. Even during the campaign, Trump has defended the notion of socialist healthcare, stating it “works” in Scotland and Canada.

Even after walking back support for single payer, Trump has advocated for government solutions. He even hinted at universal government healthcare coverage in a recent 60 Minutes interview.

Government taking care of us by interfering with private healthcare markets and providers. Again, sounds awfully like Bernie Sanders…

In case this isn’t clear, here is the rest of the exchange. Look who Trump says is going to pay for this:

Scott Pelley: The uninsured person is going to be taken care of. How? How?

Donald Trump: They’re going to be taken care of. I would make a deal with existing hospitals to take care of people. And, you know what, if this is probably–

Scott Pelley: Make a deal? Who pays for it?