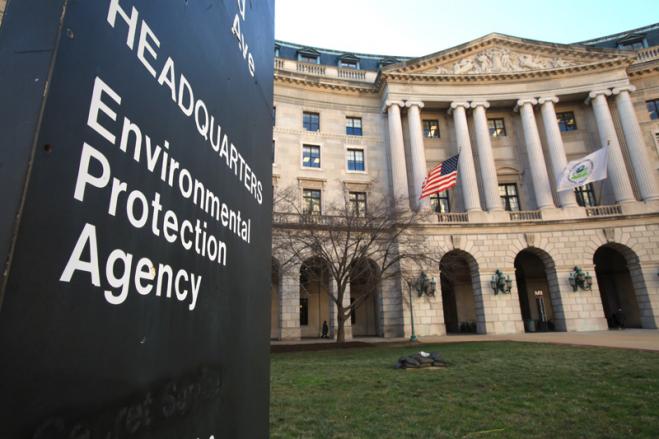 The EPA has made a lot of power grabs of dubious legality over the last year, from forcing unpopular regulations through over the objections of Congress to illegally using social media to promote Obama’s policies. So without further ado, here are the top 5 EPA attempts to grab power through quasi-legal means.

The Clean Power Plan (CPP) is an attempt by the Obama administration and EPA to reduce carbon dioxide emissions by over one-third to fight global warming. It was fully published in October and promptly hit with a tidal wave of lawsuits from 26 different states.

“The Clean Power Plan is one of the most far-reaching energy regulations in the nation’s history,” West Virginia Attorney General Patrick Morrisey wrote in a statement. “EPA claims to have power to enact such sweeping regulations … but such legal authority simply does not exist.”

The state lawsuits allege that the Plan is an illegal federal overreach which will drive up the price of electricity and undercut the reliability of the electric grid. A professor of constitutional law at Harvard Law School wrote a Wall Street Journal opinion piece which argued that the Plan was unconstitutional.

The legal basis for the plan has also been questioned by the House of Representatives Energy and Commerce Committee, which believes that the EPA doesn’t have the legal authority to implement the plan without explicit authorization from Congress.

President Obama has stated that he intends to use “executive authority” in order to institute CPP over the objections of Congress.

However, Congress already rejected a similar program in 2009, meaning the regulation contradicts the express will of Congress and that a simple reinterpretation of the Clean Air Act isn’t enough to justify such a drastic change.

Even environmentalists dislike cap-and-trade schemes. Executive Director of Greenpeace Annie Leonard has called cap-and-trade a “multi-trillion dollar carbon racket” which creates “real incentives to cheat.” The fraction of environmentalists who support the idea of cap-and trade admit that previous attempts to implement it “fall short of creating real price pressures due to its closeness to baseline emissions.”

3: Waters Of The United States

The Senate voted 53 to 44 on a resolution to block the an attempt by the EPA to replace the phrase “Navigable Waters” in the Clean Water Act with “Waters Of The United States,” which would have immensely expanded the agency’s authority.

The legal term “navigable” has been determined by the Supreme Court to only include rivers, lakes, bays, and other relatively large bodies of water. The EPA has been attempting to change the definition internally to regulate ditches and even deserts since May. Several groups have claimed that the EPA is exceeding its legal authority and have already sued the agency.

30 different states have expressed concern about the potential federal overreach.

Despite failure to push the redefinition through the legislative process, the EPA continued where Congress declined to act and is attempting to make the change through the rule-making process, against the will of a majority of the US Senate. The EPA is even pushing the regulation by asking the media to call it “the Clean Water Rule,” not Waters Of The United States

The stakes are particularly high for farmers and ranchers, who would have to spend time and money obtaining EPA permits to continue using their own land. A redefinition has the potential to cause “costly and time consuming delays” in permitting new development according to a report by the Congressional Research Service. The average permit applicant spends 788 days and $271,596 on an application.

The EPA’s actions are not attempts to resolve legal ambiguity, but a deliberate usurpation of power over the objection of Congress.

4: Illegal Use Of Social Media To Promote Waters Of The United States

The Environmental Protection Agency engaged in “covert propaganda” and violated federal law by using social media to support the redefinition of “waters of the United States,” according to a December legal opinion published by the Government Accountability Office. The GAO legal opinion states that the EPA violated three different government statutes regarding the use of funds to engage in covert propaganda and grassroots lobbying.

“GAO’s finding confirms what I have long suspected, that EPA will go to extreme lengths and even violate the law to promote its activist environmental agenda,” Senator James Inhofe, chairman of the Senate Environment and Public Works Committee, said in a statement.

The EPA launched a PR campaign to support the rule two months before it published the rule. Tweets, memes and videos were pumped out over social media singing the rule’s praises and enlisting the public to declare support. The agency then manipulated the rule-making process and illegally collaborated with environmental groups to artificially create public comments in support of the rule according to a New York Times investigation.

The EPA collaborated with the Obama administration to support the Paris 2015 United Nations global warming summit. The agreement is “unenforceable, underfunded, and non-binding” according to analysis by the American Energy Alliance.

Secretary of State John Kerry stated that the summit didn’t deliver a “treaty” that legally requires countries to cut carbon dioxide emissions. However, the European Union previously asserted that the deal was a legally binding treaty, contradicting Kerry’s direct statements. Additionally, Kerry even admitted on video that reducing carbon dioxide emissions in the U.S. and developed world will not help the environment or even slow down global warming at the summit.

Despite the fact that it is not legally binding, the EPA will help Obama enforce the agreement domestically.

The Most Unexpected Events in World Politics of 2015