By The Libertarian Republic Editorial Board

When Austin Petersen, or as Reason’s Nick Gillespie referred to him, the “Freedom Ninja,” ran for the Libertarian Party’s nomination for President of the United States, he inspired thousands of everyday Americans to get active in the fight for liberty. Out of his campaign came a group of freedom fighters, a “freedom ninja army” if you will, cast about the nation from sea to sea, all with the same goal: to grow liberty from the grassroots up.

From this group we bring you, the top 10 Hottest Libertarians in the Freedom Ninja Army.

The 5 Hottest Women of Liberty 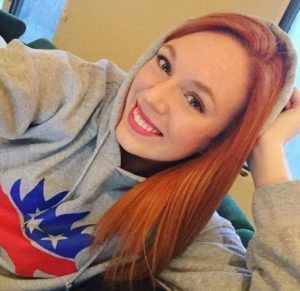 Laura, aside from her work in direct politics, is also the former Editor-in-Chief of TLR’s sister publication Liberty Viral, and has been published by other outlets such as the Federalist. 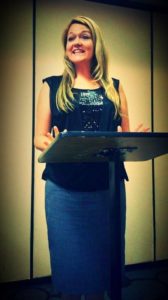 Darlene Underwood is the Vice Chair for the Libertarian Party of Florida Highlands County. She also serves on the Executive Committee of the LP of Florida as the Region 10 Rep; helping local counties form affiliations, and passionately encouraging people to get involved with the LP. Darlene served as the Southern Region Director for Austin Petersen’s presidential campaign; organizing volunteers, and scheduling fundraisers & events. She then served as the Colorado Director for Gary Johnson’s 2016 presidential campaign; organizing volunteers, before being promoted to the Rockies Region Director. She enjoyed speaking at both Johnson rallies in Denver, enthusiastically introducing key speakers. She loves teaching, and her greatest passion is raising the next generation of “Freedom Ninjas”. 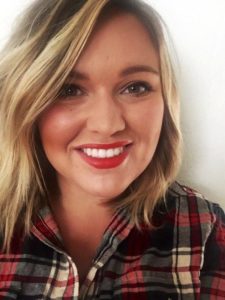 Jess Mears is a liberty loving lady, raised in the heartland and currently resides in St. Petersburg, FL. She’s a long time Libertarian activist and leader, having served as the Secretary of the Libertarian Party of Ohio and a region rep for the Libertarian Party of Florida. Jess was never a statist. She realized she was a libertarian in high school and founded the Bearcat Libertarians at The University of Cincinnati during her freshman year. She fell in love with political campaigns during her college years and has worked on over a dozen Libertarian campaigns. Jess ran for State Senate in Ohio in 2010 and received over 2,500 votes/3.35%. She was the Florida Director for the #AP4LP campaign and was picked up shortly after the LP National Convention by Johnson Weld 2016 as the Director of Events/Digital Events. You may have crossed paths with Jess as she was zig zagging across the country for Gary Johnson and Bill Weld rallies during the election season. Jess now works for the employer of her dreams, the Libertarian National Committee as a Development Coordinator. When she’s not defending individual liberties, you can cash her “ousside” paddle boarding at the beach or playing chess at a local craft brewery. 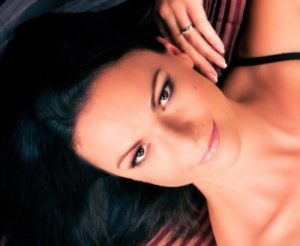 Cathy is a Colorado Springs, Colorado activist who began her journey by writing letters to the editors of the Gazette and the Colorado Independent at age twelve. She focuses much of her attention on local issues and speaks at city council meetings often. Cathy was elected as a Ron Paul delegate in 2012; and attended the 2016 Libertarian National Convention as an Austin Petersen ninja, where her passion for liberty found a home. When she’s not fighting for liberty, Cathy can be found in the stands of her son’s baseball games, baking new recipes, and sweating at dance classes. 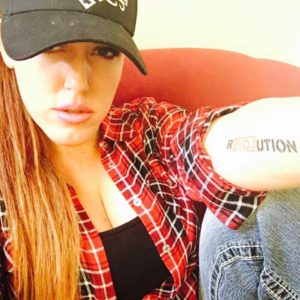 Resa is a relatively new face to the Libertarian movement, having entered at just the beginning of 2016. Fed up with the two party system and seeking an alternative, she immediately jumped in to promote Liberty. Starting out as a delegate and campaign volunteer for AP4LP at the 2016 national convention, she went on to assist in organizing speakers and venues for the national Freedom! Tour, then joined on with Texas LP state leadership as her senatorial district’s representative. She is currently the Texas LP membership coordinator, assisting with various tasks from attending to LP member concerns, to database streamlining and fundraising outreach. She is also a member of the Dallas LP executive committee and has recently been voted in as Outreach Chair. Resa is a contributor to The Libertarian Republic, and is currently working on her doctoral degree in Organizational Leadership. Thanks to generous coaching from Mr. Larry Sharpe, she has recently begun startup on her own small business. The flexibility afforded to her now that she owns her own business has opened up the opportunity to become a stronger presence in the LP. 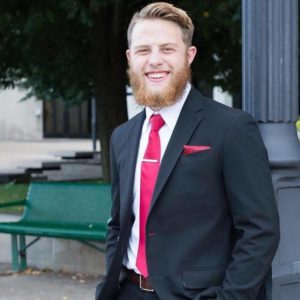 Trent Somes, III started his libertarian career by founding Westmoreland County Libertarians. He quickly moved into the national realm by cofounding the Libertarian Youth Caucus – which was quickly grown to be one of the largest caucuses in the Libertarian Party. He served as the Pennsylvania coordinator for Austin Petersen and later the Westmoreland County Coordinator for Gary Johnson. At the 2016 Libertarian National Convention, Somes became the youngest person to ever win a seat on the Libertarian National Committee. He was the brainchild behind the #ReRegister movement and is working with other national committee members to modernize the party and invest in youth outreach. Somes is a media fellow with the Stonegait Institute. In what little time Somes has, he enjoys pipe and cigar smoking and hanging with his wonderful girlfriend Amber Rose. Somes currently manages the Phillip Moses for Congress campaign in Pennsylvania’s 18th Congressional District. 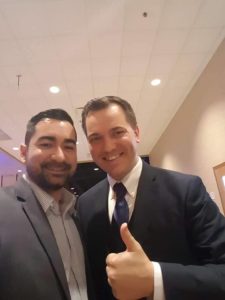 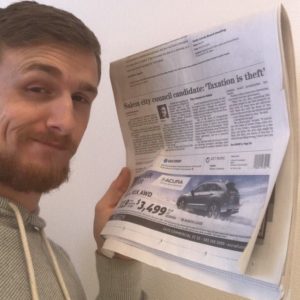 Timothy’s involvement with the Ninjas began when he followed Austin Petersen in September 2015. While initially supporting Rand Paul, once that boat sailed Timothy jumped onboard with Austin’s campaign, advocating for liberty and a consistent pro-life ethic to his fairly conservative circles, donating to the campaign, joining the Libertarian Party, and going to Orlando as a delegate (where lifelong friendships with fellow Ninjas were solidified and he joined the board of the Libertarian Youth Caucus). Orlando’s result decided, Timothy went back home and reflected on lessons learned. Both national primary campaigns he had supported failed, why? He determined that the national level is too overcrowded with money and voices, and that change has to start locally and work its way up. Timothy is now running for City Council in his hometown of Salem, the Capital of Oregon to spread the libertarian message locally. Timothy is determined to give the old parties a run for their money in future elections, by networking with other local libertarians and running for a board position with the Libertarian Party of Oregon to contribute to achieving that end.

Timothy, 23, is married with two children. He is a construction manager and real estate investor. 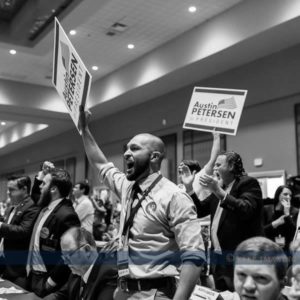 Kody Fairfield, 26, hails from Orange County, California. He attended the University of Wisconsin- La Crosse pursuing his degree in Political Science and Public Administration. Kody found his passion in politics early, connecting first to our third President, Thomas Jefferson, but expanding into activism with his introduction to the Paul (Ron and Rand) family. In 2016, Kody was a delegate for the Libertarian National Convention, and helped to support Austin Petersen in his bid for the nomination. As a staunch believer in free markets, individual rights, and limited government, Kody began writing for Liberty Viral and The Libertarian Republic in 2016. In January of 2017, Kody was named the Editor-in-Chief of TLR and currently holds the Ambassador At-Large Chair for the Libertarian Party of Orange County, Ca. He believes that with the right messaging, the ideas of liberty will continue to grow.

When Kody isn’t politicking, he is busy managing a CrossFit gym, or spending time with family, friends and his dog. 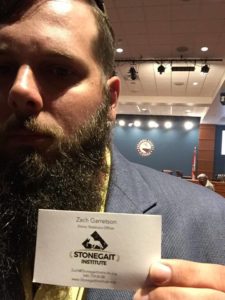 Zach Garretson is an Iraq War Veteran who spent just shy of 10 years serving in the United States Air Force. He has always considered himself a libertarian, but upon returning to America after his service Zach started getting involved in politics. He started as a volunteer for Austin Petersen’s primary campaign, and is now an activist with the Stonegait Institute, as well as contributor to The Libertarian Republic and Liberty Viral. He has also been a volunteer for several campaigns, including Republicans, Democrats and Libertarians, while considering running for local office himself in 2018.

The Latest Best-Selling Teen Book Is About Black Lives Matter

The Most Courageous Critic of the “Civil Rights” Establishment: Jesse Lee Peterson