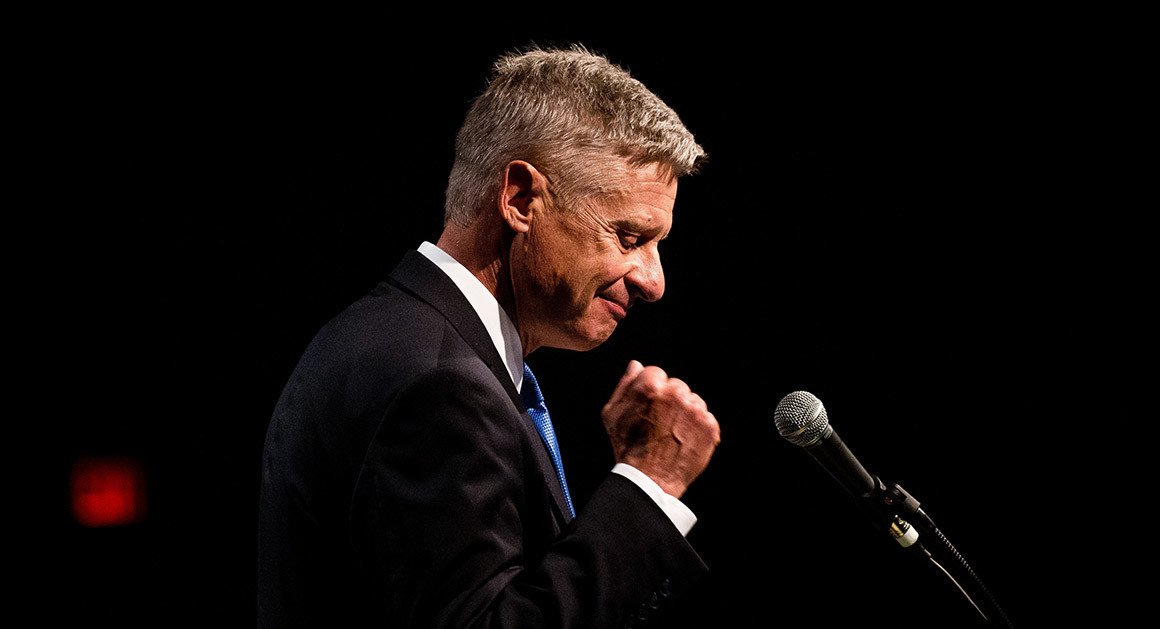 A new internal poll from Utah Rep. Mia Love’s campaign suggests that Libertarian nominee Gov. Gary Johnson is in a statistical tie with Hillary Clinton and Donald Trump in the Beehive State’s 4th Congressional District, and closing in on the state’s six electoral votes. At 29%, Trump has a narrow edge, but Clinton and Johnson are hot on his heels, with 27% and 26%, respectively.

The survey of 300 likely voters was conducted July 7-12 by Y2 Analytics, and has a margin of error of 5.7%. Pollster Scott Riding notes that the survey includes cell phone users, unlike those conducted by SurveyUSA for the Salt Lake City Tribune.

Although Utah is considered a red state, its large Mormon population has proven to be wary of Trump, possibly due to his hostility towards American Muslims, another religious minority group. Additionally, influential Mormons like Gov. Mitt Romney and conservative media icon Glenn Beck have refused to endorse Trump, and both have hinted that they might support Johnson.

An official endorsement from either could give Johnson the bump he needs to win Utah, making a contested House election and upset victory possible.

2 Dead In Another Florida Nightclub Shooting