The MTA has been asking men to keep their legs closed, without any sense of irony. And now, someone has been arrested for it.

The government of New York spent on an ad campaign telling men to stop sitting with their legs spread. On May 22nd, police arrested two Latino men on the charge of ‘man spreading.’

Some people are arguing that this is an excuse by police to increase their arrest quotas, and to crack down on undesirable ethnic minority males. Russia Today reported that the NYPD issued approximately 1,400 summonses for manspreading in 2015.

Robert Gangi, Director of Police Reform Organizing Project (PROP), said to Russia Today “We think it’s driven by a quota system. There is almost no other rational explanation for why the cops would conduct this kind of arrest unless they are under pressure to meet certain numbers, to meet with their productivity goals. It’s a classic pattern. Somebody gets a summons for a low-level thing, they don’t show up in court, the warrant is out… A cop stops you a second time, even if for another low-level thing, and it’s the policy of the department to arrest you.”

The first man arrested had his charges dismissed, due to the fact that he was arrested at 12:11 a.m. and the judge believes that no one was likely to be inconvenienced at such an early hour.

Social media users have been taking photographs and documenting men they believe are defying women’s will to change their behavior.

Interestingly, there has been no attempt by police to criminalize women who place their overly large bags on the seat next to them.

What do you think of this new trend of criminalizing this behavior? Leave your thoughts below. 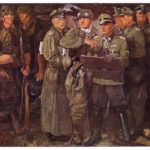 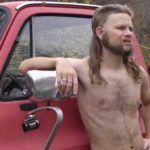