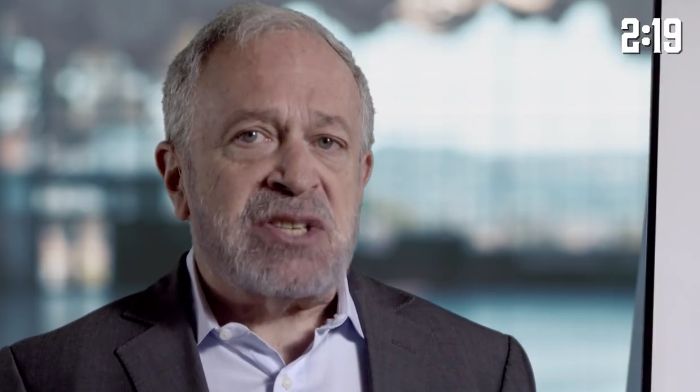 Robert Reich’s new video series focuses on ten problems in our economy. In video number four, Reich offers various measures to “tame Wall Street” because “Wall Street screwed us once.” His proposal is a concoction of talking points from “greedy bankers” and “too big to fail” to “inequality” and “fairness.” To Reich’s credit, he does properly identify major issues within our financial system. It is rampant with cronyism and protectionist regulations. He overlooks, however, the major role government plays in distorting our financial system.

Too big to fail, or jail, or curtail

Why is it so important to bust up the biggest banks and resurrect the Glass-Steagall Act? Watch our video to find out. Then spread the word.

One of his main goals is to resurrect Glass-Stegall. Under current conditions, I can see how one can argue that separating investment and commercial banking is prudent. However, our current market has abnormally high risk levels due to government policy. Risk has increased above normal market levels because of explicit liability guarantees, Federal Reserve policy, and other forms of intervention. This has, conversely, led to higher returns for the wealthy and unstable financial markets.

As the researchers note, “shrinking the financial safety net is essential to restore market discipline and achieve financial stability.” When market participants have their liabilities guaranteed by someone else’s money, they are going to take greater risks that they would not otherwise take.

Economist Joseph Stiglitz found that Fed zero-interest policies promotes abnormal capital growth, thus greatly contributing to large increases in inequality bemoaned by Reich. By maintaining abnormally low costs of capital, investors pursue opportunities that would have been prohibitively expensive under a free market interest rate. Moreover, markets with large returns have even larger gains, and those types of markets are usually dominated by the wealthy – whereas low to middle income investors seek lower risk investments.

Social security has an important effect on investment as well. The European Central Bank examined private wealth accumulation across 13 European countries to determine the effect of social insurance. I explain the study in more detail here. In short, social security substitutes low risk assets in investment portfolios. Wealthier households can take higher risks and therefore experience higher returns, while lower incomes are stuck in social security programs. Social security, in this case, acts as a risk guarantee and creates incentives to participate in abnormally risky investments.

Robert Reich also believes that banking in the United States is like going to a casino, almost as if you might wake up tomorrow with no money in your account. However, banking in America is very boring. It’s an extremely homogeneous industry with very little differentiation between firms. Moreover, the return on equity for S&P500 banks is a slim 10%.

Contrary to his view, “too big to fail” banks did not just pop up from “greed.” The number of banks, especially small banks, has declined rapidly – specifically since Dodd-Frank. We have lost 1,742 banking organizations since 2010. One need only to look at a bank’s cost structure to understand this phenomenon. According to the Consumer Financial Protection Bureau, small banks incur compliance costs from 3.9% to 5.6% of their operating expenses, whereas the largest banks incur only 1% to 2%. This dramatic shift is largely due to the regulatory regime established by Dodd Frank, which Reich defends in the video.

Instead of additional taxes and intervention, Wall Street can become more “fair” with a free floating interest rate and lower overall tax burdens. For low and middle income participants, it is very difficult to invest when swaths of money go to all levels government. The average single file worker earns $48K, but has an income tax liability of $8K.

Moreover, the IMF found empirical evidence that high income taxes have a robust, negative effect on household savings rates -- specifically on middle and low income. These are not conditions in which “the little guy” can easily participate in financial markets; let alone engage in speculative trading.

Reich is correct that our financial system is at risk, but his solutions do not address the root cause: government corruption and manipulation. If he is so concerned about over-speculation, then he should advocate to end the many ways we subsidize it. If he is so concerned about “too big to fail”, then he should not support regulatory regimes that impose enormous compliance costs on small banks.

Instead, he supports additional regulatory requirements that will likely be filled with the same cronyism as the current ones. His tax-and-regulate approach to Wall Street ignores the effects on the entire market in favor of targeting what he deems as undesirable firms. The government created market instability and increasing their scope of involvement will only exacerbate it.

Our current financial system is not the product of a free market, but rather a very heavily regulated market.

For more on government intervention leading up to the housing crisis, please watch this video produced by my friends and I at We Are Capitalists.