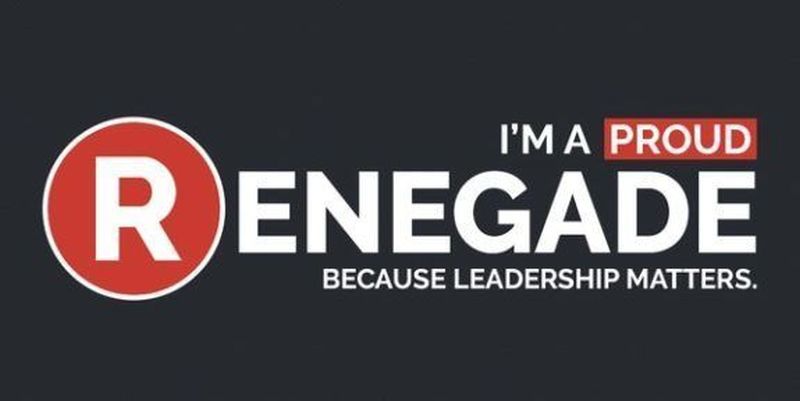 Originally ran at The Liberty Conservative

After being blasted on Breitbart as a “Republican spoiler” and “renegade Jew” for refusing to support GOP presumptive nominee Donald Trump, founder and editor of the Weekly Standard, Bill Kristol, is firing back.

Taking in stride the comments from the Trump-adoring media outlet, Kristol recently purchased the web domain www.RenegadeParty.com and created the twitter account @RenegadeParty.

I’ve bought https://t.co/xKmuMgr8Eh. Redirects (for now) to https://t.co/Np2BpY3HMA. Ducks all in a row. All that’s needed now: a candidate.

Since the rise of Trump, voices on the right have been advocating for a true conservative to step forward as a third party option.

Rumors have been swirling of closed door strategic meetings with #NeverTrump Republicans and names such as Mark Cuban, Ben Sasse, and John Kasich have been throw into the mix as third party options.

Will the Renegade Party be the new party name for the conservative alternative to a Trump/Clinton race?

Public polling and research by Data Targeting, Inc., which was released today, paints a picture for a potentially successful third party candidacy.

The survey revealed that over half (58%) of all respondents are dissatisfied with the current presidential candidate options for President.

With the high unfavorability ratings that both the GOP and Democrat potential nominees have, and the unrest felt towards the political parties, the #NeverTrump Republicans have a small window of time to move on a potentially successful independent run.

Will the Renegade Party be the vessel they use and who will be their candidate?