Senator Rand Paul (R-Ky) said that the Constitution doesn’t “apply to people who have not yet come to our country” in an interview with Andrew Wilkow, host of the “Wilkow Majority.” Speaking on President Donald Trump‘s executive orders on immigration, Paul argued that the United States has the right to make any “immigration law.”

“So if you want to be an immigrant into our country, the Constitution doesn’t apply to you, and we have every right to make any immigration law we want,” Paul said. “Now a lot of us have the sensibility, myself included, that it shouldn’t be based on religion who is admitted to the country.”

Paul also said that it was almost impossible to properly vet refugees due to the instability of the region. In addition, he also noted that mass migration in Germany has not panned out well for the European state and that many of them were not coming from Syria, but from Afghanistan and Pakistan. While he conceded that some of them might be refugees, he said there was no way to actually verify it.

But one of the main concerns of Paul’s was the cost of resettling refugees in the United States. The Center for Immigration Studies released a study in 2015 saying that it costs around $64,370 to resettle refugees; however a report released by the Negative Population Growth Inc. in 2016 says that the cost is $19,884 to settle each refugee and asylum seeker by the federal government.

When he ran for President, Paul introduced legislation that would block the United States from issuing visas to refugees from 30 countries and subject French citizens to waiting periods unless they were a part of the Global Entry program.

“It’s about time, and Paris should wake us up that we can’t just let anyone come to this country,” Paul said in a conference call with reporters back in 2015. “Forty percent of immigration issues in our country are from visa overstays, and for those visiting us from countries that have large jihadist movements, this will be a bone of contention.”

Listen to a Part of the Interview Below: 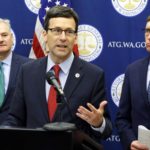 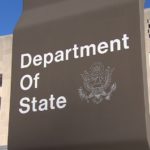