About a month ago, I was made aware of an article about a teacher in the US who had been arrested for having sex with some of her students. It’s nothing new, these kind of stories seem to be a cultural phenomenon. The difference with this one is that she was actually sentenced to jail time, something that is pretty unusual when it comes to female educators and male students.

Keith Farrell, the Editor-in-Chief at TLR, asked if I wanted to write a piece about the sentencing discrepancies between men and women when it comes to this particular issue. Despite the fact I’ve previously written an article for this site on a similar topic, I was willing to give it a go and explore the issue some more. Unfortunately, my grandad died the day after I said I’d write the article. As a result, I took a break from the internet so I had to put it on hold.

It’s a strange thing, grief. It completely knocked out my desire to write. Every time I sat at the computer to re-start this article my brain just shut down. A short Facebook update on my page here and there notwithstanding, my ability to sit down and write was gone. The support I received at work, from my managers and colleagues, was amazing and not once did I feel like I’d made a mistake going back the day after he died. It wasn’t a chore, it didn’t feel like I couldn’t cope and it didn’t affect my ability to do my job.

It was through this support that I finally realised why I wasn’t able to write this article – I didn’t believe in the angle I was writing. That’s not to say I was lying or manipulating anything, just that it felt too similar to an article I’ve already had published here at TLR and it felt like I was treading old ground.

Originally, I was asked to write about the sentencing discrepancies between men and women, particularly in education. While there are definitely disparities between the sentences that male and female educators get for abusing their students, I think it’s a much more widespread and complicated issue than that. Whilst the abuse of the child is the end result, the steps taken that allow that abuse to happen, and allow it to continue to happen in some cases, is the real issue. It’s one thing to focus on the crime, which we absolutely should do, but it’s another, equally as important, thing to actually explore the how and the why.

Essentially, teachers, teaching assistants, and anyone who works in education has access to a pretty steady stream of young adults. I’ve been a teacher for 8 years and, in that time, have taught somewhere in the region of 1100 students. Take a second to process that. 1100 people, ranging from 11 years old and up, have, at some time over the last 8 years, passed through my classrooms. That’s just bums on seats, not the whole student bodies that have attended the schools I’ve taught at.

The point I’m making is simple – the amount of power I have over the development of adolescent minds is monumental. The amount of influence I have over these people is staggering. I absolutely adore my job, it’s the only thing I can see myself doing day in and day out for the rest of my life. But, and it’s a huge but, there are some people out there who will use that power to their advantage, some people who will abuse that power to get what they want.

That’s what we need to be looking at. Yes, we absolutely need to look at sentencing disparities, we need to look at the difference in treatment of female and male educators who abuse children but, ultimately, I think it’s equally as important to look at the wider issue: what do we, as a society, do that enables this behaviour to keep being treated as leniently as it is?

There isn’t an easy answer, there never is. If it was easy then it wouldn’t be something I’d be exploring here. It’s not like it’s a black and white situation either. It’s not like women are never punished and men are always punished, that’s clearly not true, but there’s definitely a pattern to how women seem to get away with so much more. It’s not just educators either, it’s women in general that seem to be treated more leniently, especially when it comes to sex with minors.

As if to highlight the case, the woman in the article mentioned above was sentenced to a year in prison and 3 years of probation along with needing to have counselling and sign the sex offender’s register for life. On the surface, a year does seem like a lengthy punishment. But, the fact is that very few women who commit these sorts of sex crimes, these women who abuse their positions of power for their own sexual gratification, get sentenced to actual jail time. Normally, it’s probation and, sometimes, they don’t even have to sign the sex offender’s register.

You might think that’s an isolated incident, but, as linked to above, there are a number of women who have abused their position of power and trust and managed to avoid any significant punishment. Getting people to accept the very idea that female educators having sex with underage male students is rape is one of the biggest hurdles we still have to face. The old, outdated narrative of ‘he must have loved it’ is usually deployed full force when these stories come to light. The terminology used, that these boys were ‘seduced’ or ‘entered into relationships’ with their abusers, is also something that seems to be unchanging.

It’s a strange kind of hypocrisy – we think 15 year olds, particularly boys, are completely in control of themselves when it comes to sex, we tell them they knew exactly what they were doing, that their abuse and manipulation by an older person in a position of power is somehow something to be celebrate, yet on the other hand we don’t trust 15 year olds to drive, or drink, or vote, or anything else that we deem to be of such importance that we hold it from them until they turn 18. The fact is, abuse affects everyone.

15 year olds who have been ‘seduced’ by an older person in a position of power have been no less victimised than anyone else who’s been victimised through similar abuse. Do we really hold 15 year olds to such high standards that they are able to deal with the emotional complexities of sex and sexual activity when they are so incapable of handling other adult decisions? Are 15 year olds so wonderfully well-rounded that they can deal with ‘seduction’ and, more bluntly, abuse better than an adult?

More importantly, why do we seem to have such a divide when it comes to the gender of that 15 year old? 15 year old girls who are ‘seduced’ are often treated like victims, and rightly so. 15 year old boys who are victims of the same crime are often lambasted, made to feel guilty for not enjoying their abuse, not enjoying their manipulation. Is every 15 year old the same? No, of course not, yet we seem so ready to believe that women who abuse boys are actually doing them a favour.

Compare these two cases: that of Adam Johnson, the professional football player and Caroline Berriman, the woman who slept with a 15 year old student 50 times. He got 6 years in prison; she got a 2 year suspended sentence.

You might be asking how I can compare a teaching assistant to a footballer as they are both different jobs. That may be true, but the core concept is the same. They are both highly influential people, they are both, supposedly, role models to the youth who idolise them, they both occupy extremely important roles in the eyes of young people, which they both exploited.

Adam Johnson’s case has ignited the press over here in the UK. Of course, the victim herself hasn’t escaped completely unharmed, she’s been put through the ringer as well. Like with many female on male incidents, the victim is often also included in the scrutiny. However, this degree of backlash is not typical in male on female cases. In the case of Adam Johnson, people are claiming his victim ‘knew what she was doing’ and is now just ‘playing the regret card’.

This is similar to so many cases of female on male abuse, where the males in question are often criticised for not enjoying their experiences. People will go to all lengths to defend this sort of behaviour. It’s something I talked about in my last article on this subject, it’s almost as if the victim’s feelings, when it’s a male, become irrelevant due to the ‘achievement’ of being ‘seduced’ by an older woman.

But the underlying question is why? Why do these women get treated so leniently? Why do we have such a problem seeing them as abusers? Again, if the answer was clear then I wouldn’t need to write this article. But, to some degree, I think it’s the way in which we see men and women. It’s the way in which we, as a society, in media, as a body of people, have categorised so definitively the roles of men and women. Men are the predators; women are the victims. It goes against everything our society teaches us to see women as anything other than victims.

When women hit men, we ask what he did to deserve it. When women cheat on their partners, we ask what drove her into the arms of someone else. When women rape men, we use his erection as a sign of consent. When women display sexism towards men, we deny the existence of ‘reverse sexism’. We have the phrase ‘reverse sexism’ in the first place. When women kill their children, we sympathise and explain it away somehow. When women abandon their families, we ask if she left an abusive home. We have spent decades writing the narrative that pigeonholes men and women into two distinct roles. We have ‘equality’ movements that try to teach men not to rape, that lambast men for sitting with their legs open, that excoriate men for daring to try and talk about their own issues. Generalising men is fine; generalising others is not.

Not only that, but when the subject of sentencing disparities does come up, we approach it from an entirely female-centric point of view. Women get shorter sentences because ‘society says they can’t be as violent as men. That’s sexist towards women’. It seems that even when the victims of discrimination are men we still direct the conversation to be about how bad women have it.

The narrative is unchanging – men are stupid, uncouth, abusive, patronising, condescending, intimidating, oppressive, predatory monsters who are just occupying time before their next display of brutality. We don’t see men as individuals, we see them as one collective blight on the face of human decency.

Hyperbole? Maybe, but ask yourself this: have you ever had a disparaging thought of men as a sex when you hear of one committing a crime? Do you allow yourself to think the same about women, or blacks, or Muslims? Just recently, a man on Twitter was publicly rounded upon for generalising all Muslims. Ask yourself this: do you see that sort of thing when men try to distance them

Do we ever victim-blame female victims? Of course, it would be churlish to say otherwise. However, here’s the real question, have you ever seen the same amount of vitriol directed at those who victim blame young men, especially those who had the temerity to be taken advantage of? No, didn’t think so. 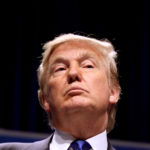 Polls: Trump Has a Major Problem With Female Voters 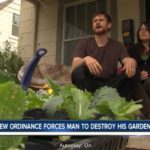