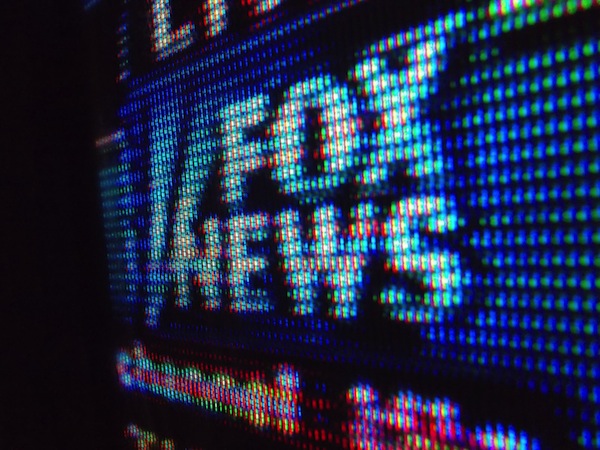 A video is circulating that purports to be the reason that Judge Andrew Napolitano was fired from Fox. The truth is more interesting than most people might believe.

How do you get fired from Fox? I wouldn’t know. For one because I worked for Fox Business, not Fox News. My buddy Joe Muto the “Fox Mole” would know. They ferreted out and fired that guy like Donald Trump in a bad mood after Muto leaked photos of the men’s bathroom and footage of then presidential candidate Mitt Romney talking about his horses.

I remember the newspaper photo of Muto walking down the street swinging his arms, smiling and saying “Well I guess my career in cable news is over.”

When Fox Business decided to lay off most of the staff of FreedomWatch and cancel Judge Napolitano’s show, people speculated that it was because of how radical we were. They might be right, but the only evidence we have of there being a problem with our “True North” libertarian reporting is anecdotal. None other than President George H.W. Bush reportedly called Fox News HQ to complain about the Judge because Napolitano said that he believed George W. Bush should be indicted.

Once we landed an interview with presidential candidate Rick Santorum. My libertarian hackles raised at the opportunity to put hard questions to the former Pennsylvania senator, who is staunchly anti-gay rights. I may not be gay myself, but I did not appreciate a man campaigning on a platform to deny rights of others. So I did what any mischief-loving radical might do in my situation. When I wrote his bio notes for that day, I invited viewers to “Google Santorum”. The next morning after word began to spread about the prank, I received a screaming summons to my Executive Producer’s office. “Austin! Get in here!” 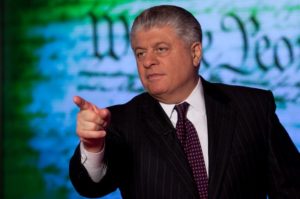 The only experience I ever had with something remotely like censorship and real trouble for myself at Fox Business was the time that the show had a fill-in senior producer. The fill-in was very competent and had a great eye for news.

But still, she’d never seen hardcore libertarian reporting like this before and she wasn’t prepared for the segment that I was preparing for the 4th of July discussing the history of the Pledge of Allegiance.

The Bellamy Salute is the old Roman style of salute, popularized in the United States when American schoolchildren were first being required to pledge allegiance to the flag. The pledge was written by Francis Bellamy, a Christian Socialist who wanted to sell American flags, and wrote the passage in order to sell more product. He also devised a salute that was the right hand outstretched with a flat palm.

I had inserted photographs into the show of American schoolchildren doing what would later become the “Hitler Salute,” and I was preparing to broadcast them to the public on the evening news. One hour until showtime and the senior producer finally saw the pictures. She shouted out at me, “Austin! What is this? Are these American kids doing the Hitler salute to the American flag? We can’t put this in the show!”

As my birthday approached, the staff was summoned to a meeting with FBN executives for an important announcement. The executives sat us down and told us that our ratings weren’t up to snuff. We were going to be cancelled and replaced with programming more suitable to a business network. This was in spite of the fact that we were consistently the third highest-rated show on the network, sometimes the first. The shows that eventually replaced us don’t have half the audience FreedomWatch had.

When they told us that we were going to be cancelled, I started receiving phone calls from frequent guests and from some leaders of the liberty movement across the nation. They were all concerned, and wanted to know what was happening. I told them the truth. We were cancelled and I was being laid off, along with all of the hardcore libertarians on the staff.

I was told to clear out my desk immediately and that I would not be able to return to the office when I left for my planned family trip to Mexico. I scrambled to gather all my books and belongings at my desk and rush to get home so I could catch my plane. That afternoon as I left for the airport my phone rang. It was Fox… they were under assault.

The activists had begun to write emails and make phone calls protesting the cancellation of the show. Roger Ailes‘ secretary couldn’t get an email. The inboxes were stuffed full of complaints. They were begging me to call off the dogs. I smiled and said I was sorry, but I don’t work for them anymore and didn’t have to follow orders.

My flight lifted me out of service area and towards Cozumel while the email inboxes exploded.

The video below has been viewed millions of times, and features the Judge bashing the political establishment by asking a series of “What if” questions. FreedomWatch used this type of speech in order to get people to ask a series of questions that were really truths disguised. It’s an homage to Ron Paul‘s famous “What if” speech that also dashed the establishment’s heads against the rocks. People may not believe you if you tell them something directly, but we at FreedomWatch found that if we could just get the audience to ask themselves the right questions, maybe they would be open to new ideas.

Judge Nap’s “What If” speech below may not be the video that got him fired. But if you tally up all the mischief caused, night after night to the political establishment, it may have been a long train of events that eventually led to the show’s cancellation. We may never know.

We do know that for a brief window of two years, we produced the most hardcore libertarian show that America has ever seen on mainstream television. Of course, the Judge was not fired, he still works at Fox as their Senior Judicial Analyst. It was the radical libertarian staff that was laid off.

Here’s four and a half minutes of Plain Truth from the Judge. If you talk about these topics with your coworkers, try to phrase your concerns in the form of a question, because if you approach the truth too directly… you could be fired.