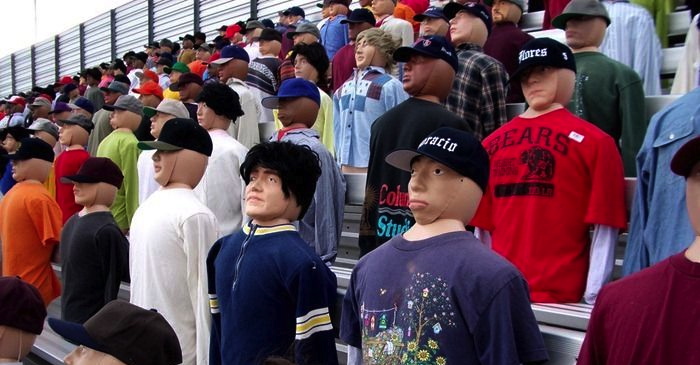 Sometimes you gotta fake it to make it.

And apparently that’s just what some political candidates are doing now thanks to a “rent-a-crowd” service.

Crowds on Demand is the leading American publicity firm that provides clients with paid actors to act as fans at rallies and events.

“We have worked with dozens of candidates in the US primarily, but not exclusively Republican. Mostly they are candidates who suffer from lack of enthusiasm/turnout at rallies and in need of a game change. The candidates have been primarily congressional/senate candidates. We’ve only worked with one (serious) presidential candidate thus far.

I have found our approach has led to increased poll numbers and, in many case made the margin of victory for a few reasons:
A) Photo-ops at rallies. Having a diverse group of people (race/gender/age) around the candidate is critical especially for those who are constantly followed by reporters but even for those who only get a couple pieces per day.

C) Gives a sense of legitimacy for the candidate among their existing supporters. When they see lots of enthusiastic folks at rallies, they feel like they’re backing the right horse.

D) Bolsters the candidates’ self-confidence. Some candidates knew about the paid crowds and other times we have been hired by outside organizations. In both cases, seeing more supporters gave them the confidence to up their game on stage.

All employees of Crowds on Demand sign “binding non-disclosure agreements” before being assigned to a job, so as the ensure they won’t leak their identity to anyone at or about an event.

Swart said that the company’s only worked with one “serious” presidential candidate, and since the business’s website was only just created in 2012, speculation arises as to which candidate he could have been referring to.
The company’s website tells customers:
Do you want your company, your political cause, your best clients or just somebody you love to be noticed? Look no further. We are the experts at celebrating your top salesperson, your best clients or a family member with a memorable and fun event! We’ve been profiled on Good Morning America, GQ Magazine, the national and international press as the company that separates you from the crowd. How do we do this? With your crowd! Yes, we’d love to follow you with flashing cameras and adoring fans if you want to be treated like an A-lister. If your company or non-profit is looking for thoughtful ways to create buzz, we can help you with our creative and proven guerrilla marketing strategies. Read through some of our case studies and then give us a call-let’s get you noticed!

I know who I’m calling for my next birthday party. You should come! It’s gonna be huge.

Derek Jeter Makes His Model Girlfriend Pay For Her Own Dinner