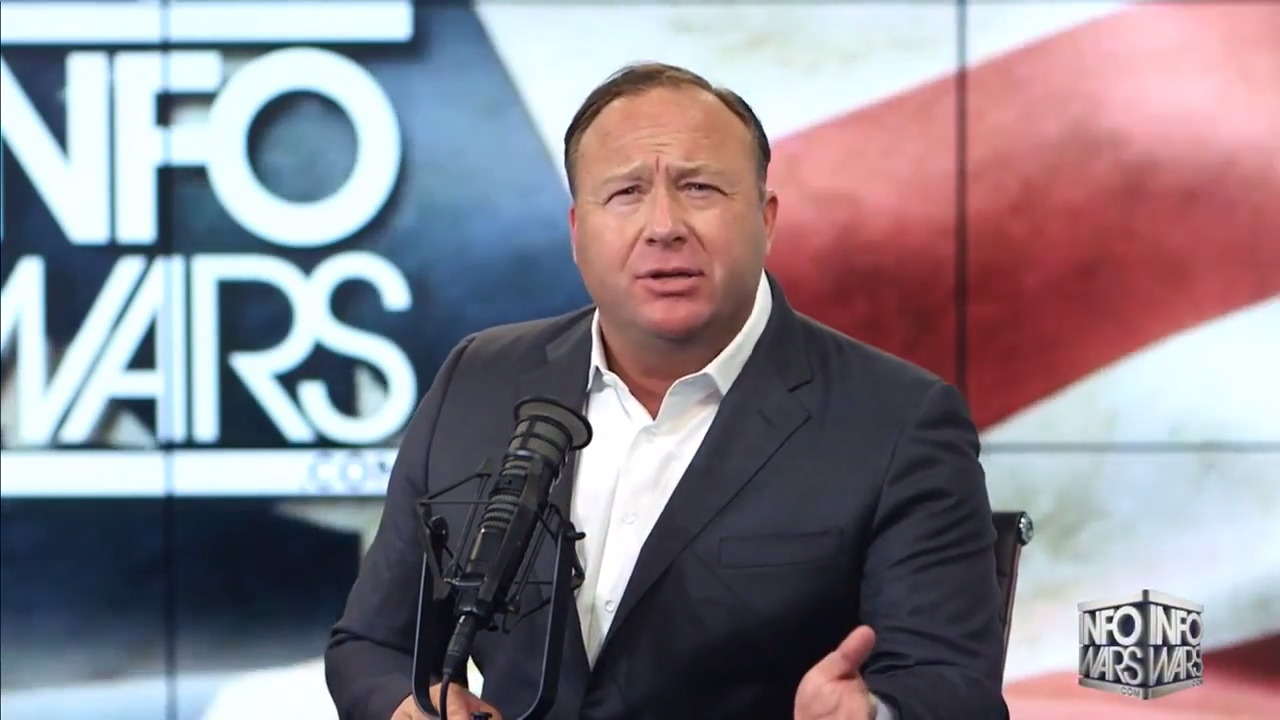 Nothing makes InfoWars patriarch Alex Jones more upset than calling him a conspiracy theorist. In fact, it makes him so angry, he will create a conspiracy to fight back!

Red State is reporting that Jones, who’s interview with NBC’s Megyn Kelly was set to be aired in the coming days, even amid calls for its cancellation, has now apparently joined the effort to cancel his airtime.

On his show, Jones decided to go off on Kelly and the mainstream media (MSM) and how he knew his interview would turn into a smear job.

As he continued in his rant, Jones goes on to explain how he believes the media paints him a “conspiracy theorist,” only to turn around and create another conspiracy.

Are you ready for this one? It’s a new conspiracy theory! You see, this Sunday is Father’s Day — which was the reason many of those who felt the interview was ill-timed in light of the children killed at Sandy Hook — and Jones is a father. Indeed, the court documents over his custody battle have been fodder for many.

But Jones believes Megyn Kelly’s dastardly motivation as a slimy mainstream media personality to “misrepresent” him has nothing to do with his pushing conspiracies like Sandy Hook and 9/11 as an inside job, but everything to do with Kelly’s apparent “MSM”-mandated hatred of fathers.