Lawyers for a teen accused of raping 13 girls say there is ample evidence that shows the accusations were false. 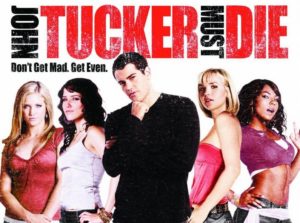 Tyler Kost, 19 and from Phoenix, was arrested last May for allegedly committing sexual crimes against 13 girls aged 13 to 17.  Kost’s lawyers say the girls conspired against him with false rape allegations because they wanted to “teach him a lesson” for being a “player.”

Lawyers for Kost claim they have a “treasure trove” of evidence from Facebook and Instagram proving the girls lied.  The girls referred to the movie John Tucker Must Die, whose plot involves ex-girlfriends taking revenge against their ex-boyfriend, when plotting their revenge against Tyler Kost.

The defense entered into evidence over 98,000 pages from social media including group chats between 3 of the accusers and three witnesses.  The messages reveal the girls were working together to build a false story against Tyler.  One of the girls excitedly claiming, “This is going to be so much fun!”  One of the girls who accused Kost of raping and impregnating her said on her Instagram account weeks after the alleged attack, she wanted to marry Tyler Kost and “Tyler is a dream come true of a boyfriend.”

The defense says these conversations took place weeks before Tyler was accused of rape. The defense would like access to at least 8 other people’s social media accounts to determine how far the plot reached.  Facebook privacy policies require a court order from the state before any access can be given, however the state is refusing to issue the order.

Defense Attorney Michael Alarid is concerned with the state’s behavior considering the information his team has found.  “Quite frankly the fact that the state is refusing to get any additional social media records is concerning. It’s shocking. Based on what we’ve uncovered so far they should be dismissing several charges. Instead they are digging their heels in and they are refusing to give us anything additional,” Alarid said.

Kost attorney Christine Whalin said “Over a year ago Mr. Kost was publicly accused of being a serial rapist. What we know now is that there was a group of girls who conspired against Tyler to put him in jail. They succeeded in that, and Tyler has now been in jail for over a year based on those lies.”

There is a narrative in society that says only a tiny fraction of rape accusations are false, yet day after day stories of accusers making false accusations appear.  Tyler Kost has spent over a year in jail, his face plastered in the media all over the world with the identifier, serial rapist, attached.

If the allegations are proven to be false, these girls must be made an example of.  The penalty for falsely accusing someone of such heinous acts, should closely align to the penalty the accused would have faced.

Girl Explains Why She’s Not A Feminist… Guess Why?