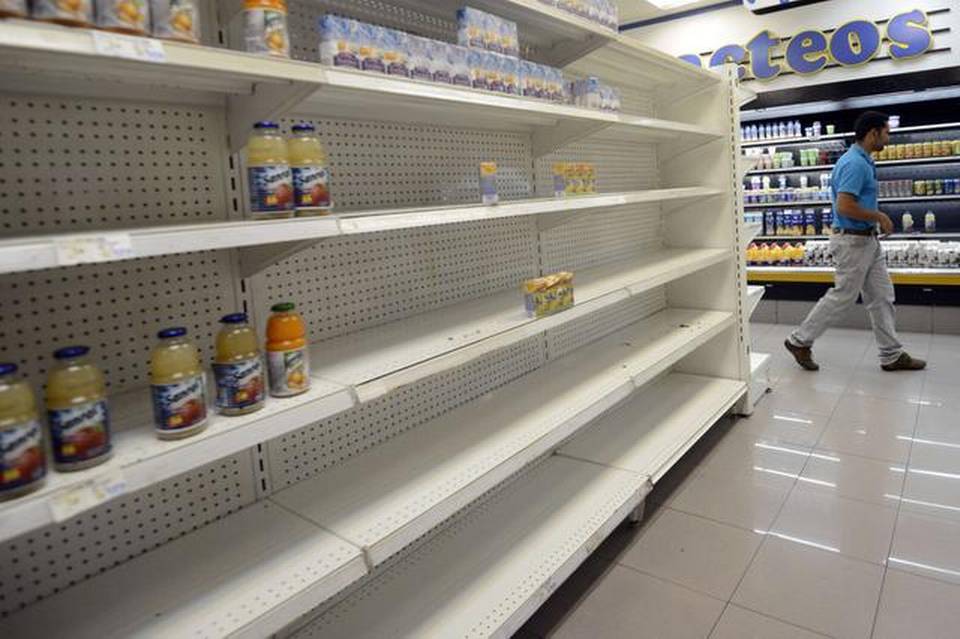 A powerful observation by one of the greatest statesmen of the 20th century and an observation that is still relevant now more than ever.

Bloomberg’s latest survey data for its 2015 “misery index”, loosely based off of Steve Hanke’s misery index, is quite revelatory when it comes to the predicament that my home country of Venezuela is facing. Venezuela is head and shoulders above every other country in this misery index, mainly due to its high levels of inflation. What once was a vanguard country in Latin America, Venezuela is now in economic dire straits and is quickly approaching Banana Republic status.

What should be clear is that the state of economic misery that Venezuela is currently in, is not a mere coincidence or a matter of an economic cycle that is outside of its control. In reality, it is the consequence of socialist economic policies implemented by the late president Hugo Chavez. Sadly, these misguided policies continue in full effect under Nicolás Maduro’s watch.
//

The results of these policies have been nothing short of devastating. Toilet paper shortages, French fry shortages, skyrocketing prices of condoms, rampant inflation, and flight shortages, are just many of the daily horror stories that Venezuelans must face on a daily basis. To make matters worse, the price of oil, the lifeblood of Venezuela’s economy, has dropped significantly. Make no mistake about it, Venezuela is today’s poster boy for the failures of socialism. [LOOK: The Fruits of Socialism – Venezuelan Food Lines]

One would think that with the collapse of The Soviet Union, socialism would finally be put to rest. Unfortunately, the zombie that is socialism has ways of resurrecting itself and assuming different forms. The socialist policies pursued by Venezuela are guided by a particular style of socialism, Socialismo del Siglo XXI (Socialism of the 21st Century). This sect emphasizes the use of democratic means to attain socialism, as opposed to the armed revolutionary strategies advocated by the likes of Che Guevara. [RELATED: 10 of the most psychotic quotes from socialist hero Che Guevara]

At the end of the day, this difference is only cosmetic. The same means — price controls, monopolized central banking, expropriations, etc. — are still used in the name of combatting the “vices of capitalism”. All of this is done with the democratic stamp of approval, as if theft determined by a majority vote is no different from a common crook holding someone up at gunpoint.

Democracy when left unchecked is nothing more than mob rule in a suit and tie. The rule of law is key to the development of any society. Unfortunately, Latin America as a region has placed the false god of democracy on a pedestal, while tossing the rule of law out the window. The end result has been economic downturns, military coups after coups, and mass immigration of its best and brightest to more stable regions.

The rise of leaders like Hugo Chavez, do not just occur in a vacuum. These leaders arose in times when previous populist and social democratic governments before them mismanaged the economy and fostered corruption. What should be gleaned from these cases is that even socialist-lite policies can easily metastasize into more hardcore forms of socialism down the line. Economic intervention will only beget more intervention. The free-market and the rule of law are the true remedies to this cancer.

As a Venezuelan-American, it is incumbent upon me to relay the horrors that my people face at the hands of socialism. Despite being made in 1945, Wintson Churchill’s comments are still relevant to this very day. Capitalism may generate inequality, but socialism guarantees tyranny and misery for all.