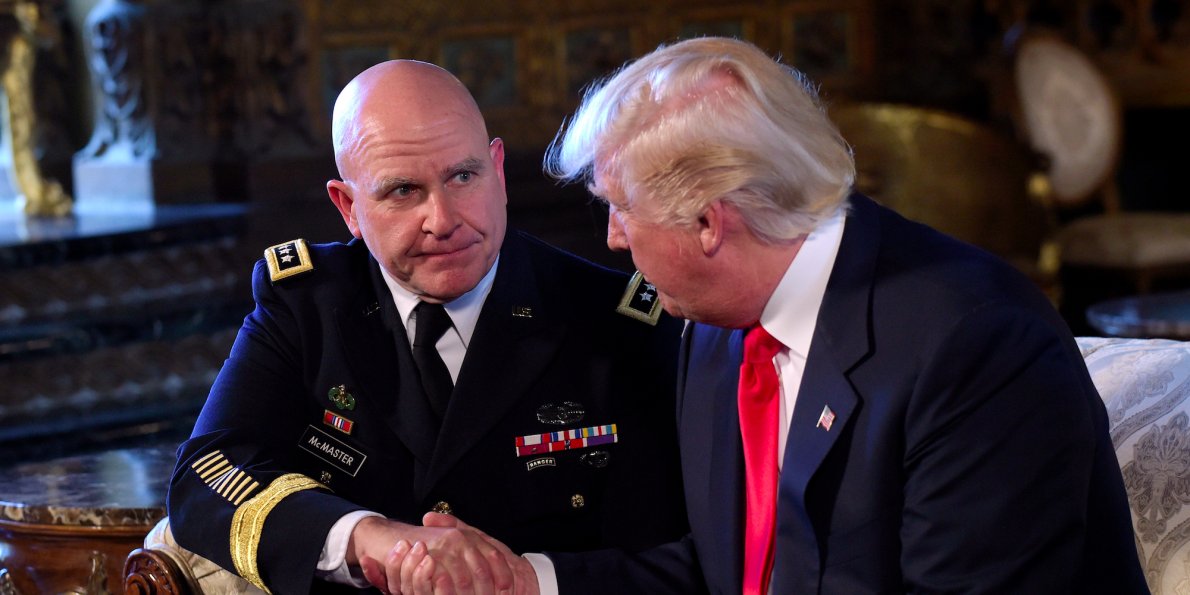 Army Lt. Gen. H.R. McMaster will serve as President Donald Trump’s new National Security Advisor, but prior to his new posting, the bold general was in charge of a program examining how the U.S. will fight a resurgent Russia.

Trump announced McMaster’s selection Monday, one week after his last national security advisor retired Lt. Gen. Mike Flynn resigned in scandal. While Trump has expressed interest in potential partnership with Russia, McMaster will be coming into the administration after spending the last three years exploring ways to fight Moscow at the Army Capabilities Integration Center.

Known as the Russia New Generation Warfare Study, the project aimed to alleviate any weaknesses the U.S. military may have when it comes to Russian equipment. McMaster was the perfect man to head the study, as he is widely credited with pushing new a counterinsurgency (COIN) operations strategy in the Pentagon during the Iraq and Afghanistan wars. His foresight earned him a reputation as one of the Army’s top intellectuals, according to a piece in Politico Magazine published in April, 2016.

McMaster gave a sober assessment of U.S. capabilities versus Russia while testifying before the Senate Committee on Armed Services in April.

“It is clear that while our Army was engaged in Afghanistan and Iraq, Russia studied U.S. capabilities and vulnerabilities and embarked on an ambitious and largely successful modernization effort,” McMaster told the committee. “In Ukraine, for example, the combination of unmanned aerial systems and offensive cyber and advanced electronic warfare capabilities depict a high degree of technological sophistication.”

On the ground, McMaster warned that Russian artillery out-ranges and is more deadly than similar U.S. weapons.

McMaster made several trips to Ukraine to get a first-hand sense of Russia’s new capabilities. While the Russians have denied direct involvement in Ukraine, some of its newest weapons systems and tactics have been on display in the country’s ongoing insurgency war.

Trump and McMaster may not be like-minded on the Russia threat, but neither is afraid of controversy. Early in his career, McMaster was a vocal critic of the U.S. war in Vietnam. In fact, he wrote his entire doctoral thesis on the issue, later publishing a book titled “Dereliction of Duty,” which provided a scathing critique of former Secretary of Defense Robert McNamara and President Lyndon Johnson. McMaster’s willingness to challenge conventional thinking is believed to have held up his promotion to brigadier general, despite an otherwise illustrious military career.

McMaster is not alone in the Trump administration when it comes to concern regarding Russia. Secretary of Defense James Mattis and Secretary of Homeland Security John Kelly, both former generals, have also noted the importance of confronting the Russian threat.