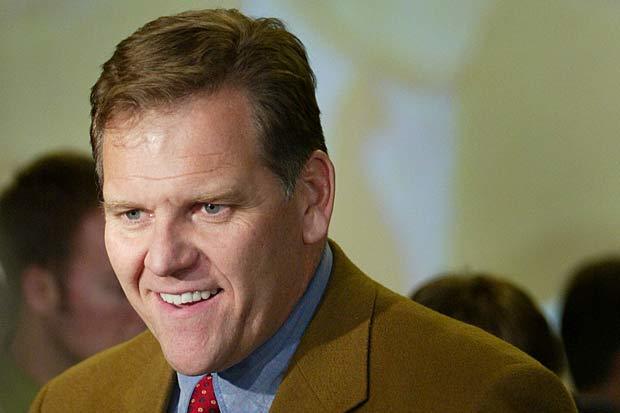 Former GOP Rep. Mike Rogers, who served as chairman of the House Committee on Intelligence, said Wednesday there are more foreign spies in the United States now than in the country’s entire history, including the Cold War.

“There are more spies in the United States today from foreign nation states that at any time in our history — including the Cold War,” Rogers said in his keynote address an event put on by the Heritage Foundation on American intelligence agencies, according to The Hill.

“And they’re stealing everything. If it’s not bolted down, it’s gone,” Rogers said. “And if it’s bolted down, give them about an hour — they’ll figure out how to get that, too.”

Rogers pointed to intelligence agency assessments as the source of his claim and said that in light of these findings, civil rights advocates should be more cautious when they slam supposed overreach by the intelligence apparatus.

China and Russia are two prominent rival countries heavily involved in espionage, but their strategies differ somewhat. While the Kremlin sends foreign agents to the U.S. from abroad, China prefers to cultivate and mold Chinese already in the U.S. working in high-value sectors like defense to pilfer intellectual property.

China has been working for decades to funnel intellectual property back to Chinese Communist Party.

China’s economic espionage is so effective it constitutes a national security emergency, according to the Department of Justice.

“This is a serious threat to our national security,” John Carlin, assistant attorney general for national security at the DOJ, told CBS News. “I mean, our economy depends on the ability to innovate. And if there’s a dedicated nation state who’s using its intelligence apparatus to steal day in and day out what we’re trying to develop, that poses a serious threat to our country.”

Although the Obama administration has tried to negotiate with China a cessation to cyber espionage perpetrated against the United States, China has so far appeared uninterested in keeping up its side of the bargain.

An informal agreement on cyber espionage signed between China and the United States on Sept. 25, 2015 was rudely disturbed by an intrusion the very next day by Chinese hackers, leading to deep skepticism from U.S. intelligence officials on the prospects of China abiding by its word.

“They’re going to have to show me that they’re going to stop. I just don’t see that happening,” Adm. William Gortney, commander of U.S. Northern Command, said last year, according to The Free Beacon.

DC Is The Most Financially Illiterate Place In America, Analysis Finds