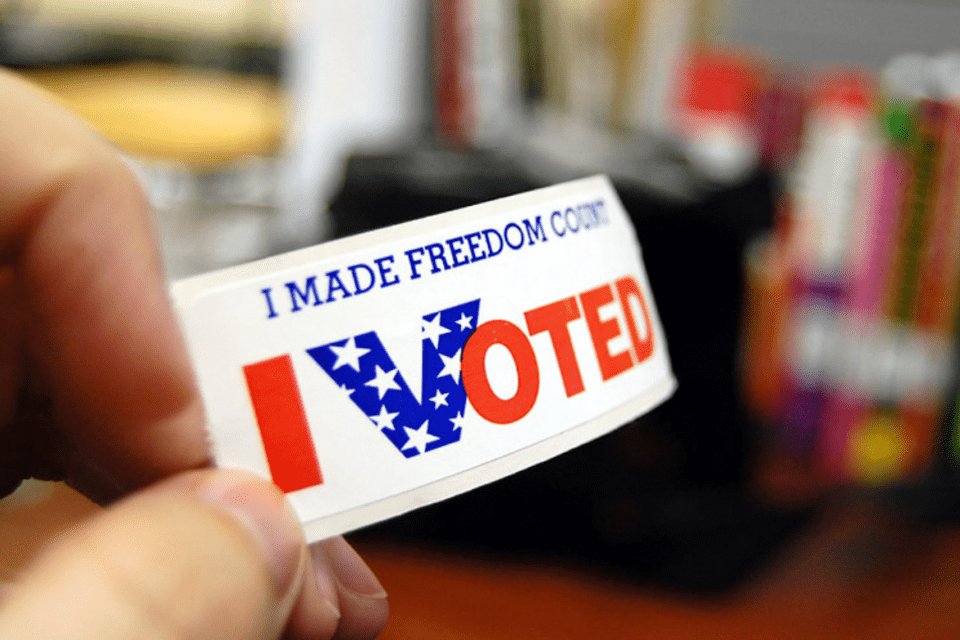 Trump supporters are accusing Libertarian voters of throwing the election to Joe Biden. Did they? Maybe. But there’s an easy solution that will prevent third-party voters from “spoiling” elections: ranked-choice voting.

About 1.6 million people voted for Libertarian Party presidential nominee Jo Jorgensen. They say they voted their conscience. Jorgensen is a friendly non-conspiratorial libertarian with an impressive resume. She’s a psychology professor at Clemson University, has owned a business, and has the experience of being a stay-at-home mom. But unfortunately, she had a snowball’s chance in hell of winning, and everyone knew it.

Many Trump supporters argue that libertarians were better off voting for Trump. He has cut taxes, reversed burdensome regulations, implemented a Right-To-Try law, championed criminal justice reform, brokered Middle East peace deals, and has been the first president to not start a war in the past few decades. He’s not a libertarian, but he’s certainly closer to one than Biden.

And Trump, unlike Jorgensen, had a real chance of winning. The vote total in several battleground states is very close between Trump and Biden. Jorgensen’s vote total exceeds Biden’s margin over Trump in at least four states. If all Jorgensen voters voted for Trump instead, he would have won the election with no questions.

Some libertarians would say that Trump didn’t do enough to earn their vote. Maybe so. Libertarian Justin Amash has been one of the strongest Trump critics in Congress. He notes that Trump is a protectionist on trade, raised the legal tobacco age to 21, cracked down on vaping, increased the Pentagon budget, added trillions to the national debt, and hasn’t officially ended any wars. And not to mention, his demeanor which people tend to either love or hate.

Every four years, ideological libertarians have this same dilemma. Do I vote for the Libertarian presidential candidate, even though they no chance of winning? Or do I vote for the “lesser-of-two-evils” to stop the greater evil?

Ranked-choice voting allows voters to vote for multiple candidates, in order of preference. For example, a libertarian could vote Jorgensen as their first choice and Trump (or Biden) as their second choice.

Maine was the first-ever state to use a ranked-choice voting system in a federal election this year. Jorgensen received 1.7% of the vote there– higher than the 1.1% national popular vote. Perhaps more Mainers felt that their vote counted.

If more states switch to ranked-choice voting, I expect the number of third-party voters nationwide to rise. Voters can both vote their conscience and not “spoil” the election for everyone else. What’s not to love?

Julie Borowski is a political and economic commentator living in the Washington, D.C. area. She is the author of the pro-free market children’s book, Nobody Knows How to Make a Pizza.

Check Out These Basics Before Going To Use Second-hand Mac