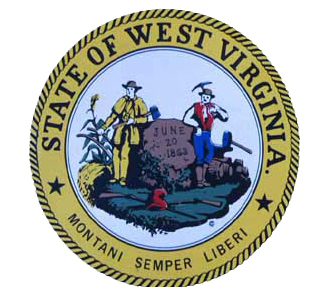 They held the man on a $70K bond. They let the girl go free.

CHARLESTON, WV — Nicholas County authorities charged a man and his daughter with incest in spite of the fact that they aren’t related by blood and both are legally consenting adults. Authorities cited the inclusive definition of “daughter” in state law.

The police were serving a warrant for a home confinement violation when they stumbled in on the couple in the midst of intercourse. They arrested them both and charged them with incest.  Sheriff David Hopkins doesn’t care that Kelcey Nicholas, 28, and his 21-year-old stepdaughter, Lataura Jarret are not related by blood. Since Lataura called him her father at one time, the prosecutors and police want to send them both to jail.

“If you look real close at the code side, and Sgt. Shafer is a real stickler for the details,” Hopkins said, “you can look and see it does include stepdaughters.” The law states that a daughter is the natural daughter of a person’s husband or wife or a person’s adoptive children, but Kelcey didn’t adopt Jarrett.

The police charged both parties with seven counts of incest, a felony that can carry a penalty of 5-15 years in jail.

Kelcey is in jail on a $70K bond and Lataura was set free before her next hearing on October 3rd.

Killing Ourselves – Why are we fighting this War on Drugs?