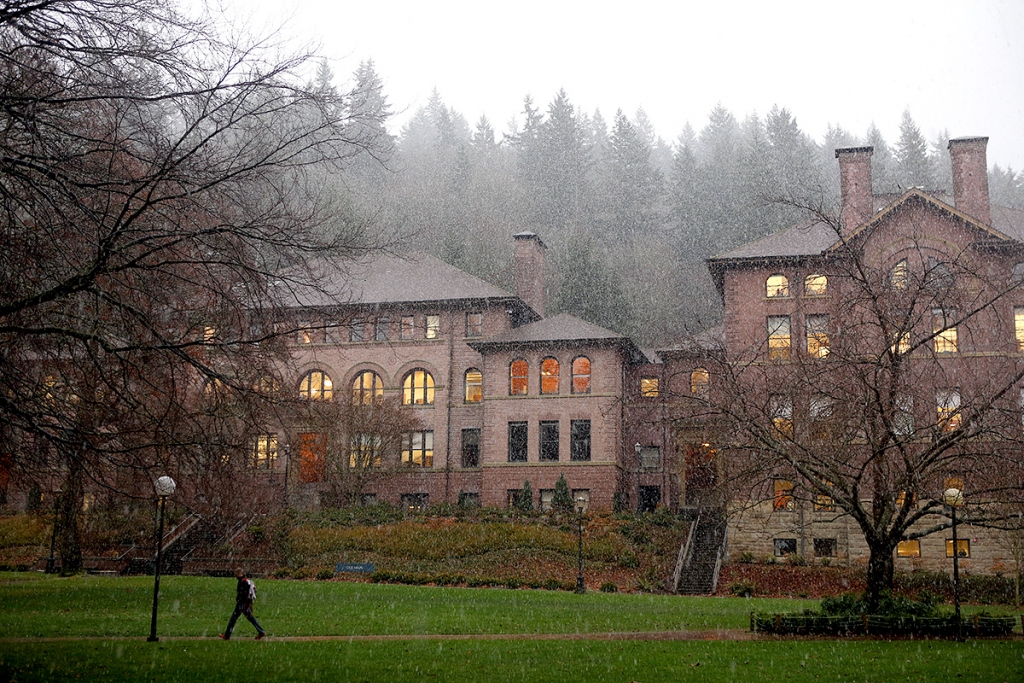 Student activists at Western Washington University (WWU) have published a formidable list of demands, ordering the creation of a new college dedicated to social justice, as well as the formation of a student committee with the power to fire faculty members and even police officers who engage in microaggressions.

The demands issued by the Student Assembly for Power and Liberation (SAPL) may not be as lengthy as those issued at Oberlin College, or as visible as those made at the University of Missouri or Harvard University, but they more than make up for that in sheer ambition: WWU demands the creation of an entirely new college. This so-called College of Power and Liberation is to be immediately staffed with at least ten full-time faculty members (with hiring decisions controlled by the activists themselves) and will be focused exclusively on furthering “social justice.”

To make this new college work, the activists demand an entirely new library and the construction of a new academic building. As a cherry on top, the students want WWU to spend at least $50,000 on an opening event that will mark “the beginning of the momentous history of the College of Power and Liberation” and introduce its mission to students.

Other than the cost of the opening event, SAPL dose nothing to estimate the cost of this endeavor or suggest how the money be raised, stating bluntly that “acquiring such funding is the responsibility of the administration.”

While the creation of a brand new social-justice college is probably the most expensive of SAPL’s demands, it isn’t the most ambitious. The group is also demanding the school create a 15-member student panel dubbed the Committee for Social Transformation. This committee will primarily exist to “monitor, document, and archive all racist, anti-black, transphobic, cissexist, misogynistic, ablest, homophobic, islamophobic, and otherwise oppressive behavior on campus.”

Not only will the committee monitor said behavior, it will also have the power to punish. SAPL demands the committee have authority to oversee the behavior of students, administrators, tenured faculty and even university police officers. The Committee’s powers will include the ability to fire faculty and police officers it believes are engaging in “oppressive behaviors” on campus.

The list of demands includes several other notable eccentricities:

SAPL is very impatient for its demands to be implemented. The demands were first posted online February 28, and the group expects them to be fully implemented by the end of the spring 2016 term.

WWU President Bruce Shepard sent an email to SAPL March 1, praising the “out-of-the-box thoughtfulness” of their demands, but also characterizing them as “problematic” for numerous reasons. Shepard faulted the plan for violating federal law, including no credible funding mechanism, and threatening both inclusivity and academic freedom.